THE RÖDBERGS FORT. A PART OF THE BODEN FORTRESS

The fort is located around 5 kilometres south-west of the centre of Boden. Follow the signs marked “Militär Historia” (Military History).

The bunker can only be visited on guided tours.

Special guided tours can also be arranged by bus to interesting and secret sites of the whole Boden Fortress complex (including the radio bunker and a flank battery). The huge Rödbergs Fort located on top of a mountain. The “buds” on
top of the fort are cannons. One of these cannon can be seen above. 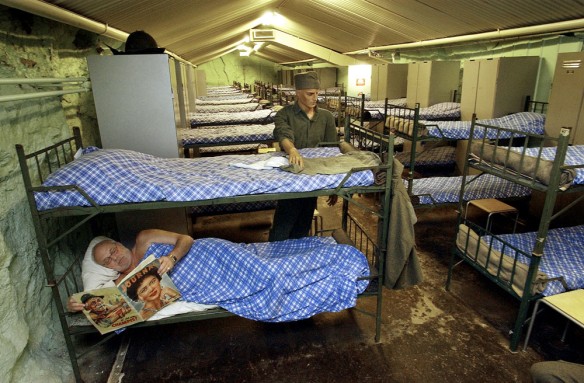 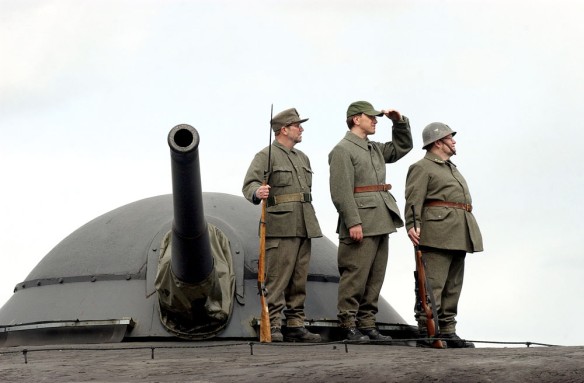 The Rödbergs Fort (The Red Mountain Fort) is one of five nearby forts with fixed artillery in the Boden Fortress complex. The Rödbergs Fort is the only one in the cpmplex open to the public. The fortress represented Sweden’s northernmost defence flank and is the biggest, most classified and most expensive of all Sweden’s fortresses.

The construction of the fortress complex began in 1901 and it fell into disuse in 1998.

The main objective of the fortress was to defend Sweden from a northern attack from Russia and, later, the Soviet Union. During the Second World War, it was prepared for an attack from the German Army, which had occupied Norway. The Boden Fortress was also the command centre for the Swedish air and land forces in the north.

The forts of this fortress are located on ridges around the military strategic town of Boden on a main road from north to south and bridges over the Luleå (a river).

During the Second World War, no less than 15,000 soldiers served in the fortress, mainly operating fixed artillery.

The Rödbergs Fort is the largest of the forts in the Boden Fortress complex and also the only remaining authentically furnished fort.

The fort was able to operate in isolation, with all necessary facilities such as rooms for managing the canon (firing control room, ammunition room etc.), power station, technical workshops, hospital, shop, rooms for administration and all kind of rooms for daily staff chores. The fort was prepared for the survival of 500 soldiers in 2 months.

From the fort there is a spectacular view of the landscape, including the surrounding hills on which the other forts are located.