The military situation during the Cold War period

Sweden was not occupied by German or other foreign forces during the Second World War. This was probably one of the main reasons for its exceptional prosperity after the war, backed up by American economic support (the Marshall Plan).

The Swedish military situation during the Cold War period was characterized by:

Neutrality, but near contacts to United States and NATO

It would have been impossible for Sweden to be neutral in the case of a war between NATO and the Warsaw Pact. In fact, the Swedish military forces were directed openly against the Soviet Union. The only realistic and successful possibility of defending Sweden in case of war was on the basis of support from the United States (and hence also nuclear support). Military ties with NATO were therefore kept deadly secret by the Swedish government because of its official policy of neutrality. Sweden’s strategic location Most Soviet attack plans throughout the Cold War period involved the Nordic countries because of the Soviet desire for military control of and access to the North Atlantic. Another reason for the Soviet Union’s interest in controlling access to the Baltic Sea was the many shipyards that could repair the Warsaw Pact’s ships in case of war.

It should also be noted that half of the border between Western Europe and the Soviet countries is formed by Sweden. Control of this border led to many confrontations between Swedish and Soviet aircraft in the Baltic Sea, including the downing of a Swedish surveillance aircraft in 1952 (the DC-3 affair).

Other confrontations involved Soviet submarines. One of these submarines, the U137, ran ashore in 1981 inside the restricted zone of the Karlskrona naval base, and resulted in a political crisis between Sweden and the Soviet Union.

A strong coastal defence and a strong air force

The eastern coast of Sweden, along a length of more than 1500 kilometres, probably had the most powerful coastal defence system in the world. The system consisted of coastal artillery, submarines, battleships and aircrafts. No less than 90 heavy cannons (typically 7.5 cm cannons) with large underground facilities were strategically located along the coast, together with a large number of bunkers and pillboxes.

For a long time Sweden had the fourth largest air force in the world, with no less than 30 bases and a large number of smaller hangars mainly connected to motorways that could be used as runways in case of war. One of the main tasks of the Swedish air force was to hinder attacks from Soviet antisubmarine flights against NATO submarines with nuclear missiles in the Baltic Sea. 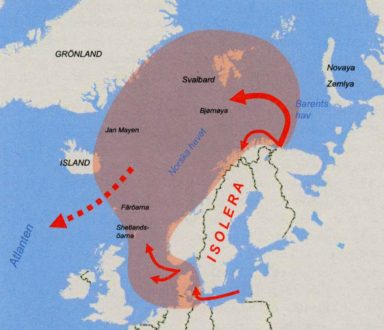 Photo texts: Two different plans for a Soviet military attack on the Nordic countries: Top: the isolation of Sweden and Below: the invasion of Sweden. The background to both plans was the Soviet desire to control the North Atlantic and hence submarine access to the sea routes between the United States and Europe as well as access to the coastal areas of Western Europe. It must be stressed that there were many different plans for a Soviet attack on the Scandinavian countries throughout the Cold War period but that the Soviet Union’s main purpose was always to gain control of the North Atlantic. It must also be noted that the existence of the plans has never been officially admitted by the Soviet Union. It must also be emphasised that nuclear weapons probably formed a part of these plans or, at least, later plans with the same main objectives, although it seems that many military Soviet plans from the Cold War period were largely based on traditional military forces. The isolation plan (top). The main idea of this Soviet attack plan was not to invade Sweden but to go around the country, across the Danish Belts, and also to attack northern Norway from the Kola Peninsula. Sweden would then be “isolated”. The Soviet Union hoped that Sweden would remain neutral as in the Second World War, when Germany invaded Denmark and Norway. The Swedish coastal defence force was probably deemed to be too strong, especially the air force, and it would therefore take too long for the Soviet forces to reach Norway and the Atlantic. (Bengt Gustafsson). 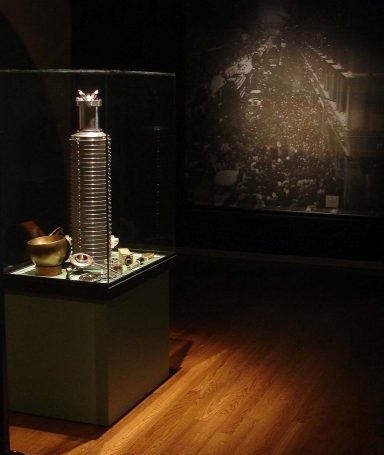 The Swedish nuclear bomb programme. Swedish-produced equipment used for building a nuclear bomb. From the Army Museum, Stockholm. A film illustrating a nuclear bomb attack at Stockholm. In the years following the Second World War, Sweden decided to remain neutral and defend itself from invaders. The threat came from the Soviet Union and its nuclear weapons. It was therefore decided to develop and produce a Swedish nuclear bomb. The view was that Swedish neutrality would only be taken seriously if a potential invader knew that the country had a strong defence capability, with serious consequences for the aggressor. It was also considered that Swedish soldiers had to be equipped with the same weapons as their opponents. The plan was to produce 100 warheads in 10 years. Two reactors were allocated to produce the plutonium and the SAAB factory was to build an aircraft to operate the bomb. 300 people were involved in the programme. The project was well advanced before it was stopped, primarily for political but also for financial reasons. Two pieces of necessary hardware had already been produced: a neutron pulse generator (the final trigger for a nuclear bomb) and a nuclear implosion unit (a cone of explosives around the plutonium core). In the 1960s, the political opposition to the nuclear programme was so strong that it was decided that Sweden would not be an atomic power. (Johannes Bach Rasmussen).