THE NEW TRETYAKOV GALLERY. THE “GRAVEYARD TO FALLEN MONUMENTS”, MOSCOW

Krymsky Val 10. Opposite Gorki Park. The Graveyard to Fallen Monuments is located in a park area immediately north of the museum building.
The New Tretyakov Gallery is a branch of the State Tretyakov Gallery.

Guided tours are available in many languages. 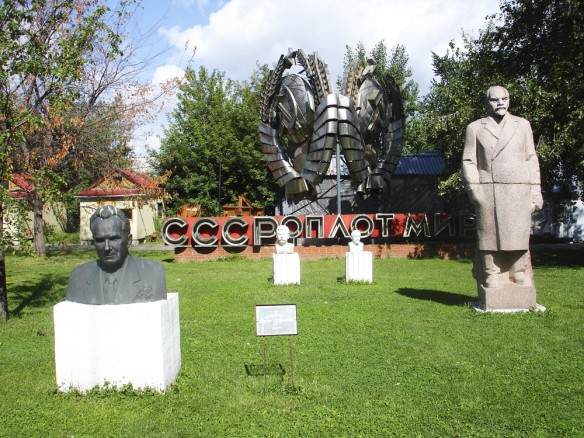 Statue of the first leader of the secret Communist police, Feliks Dzierżyński, which was removed from in front of the police headquarter at Lubyanka Square in central Moscow. Dzierżyński was a Polish nobleman and revolutionary. 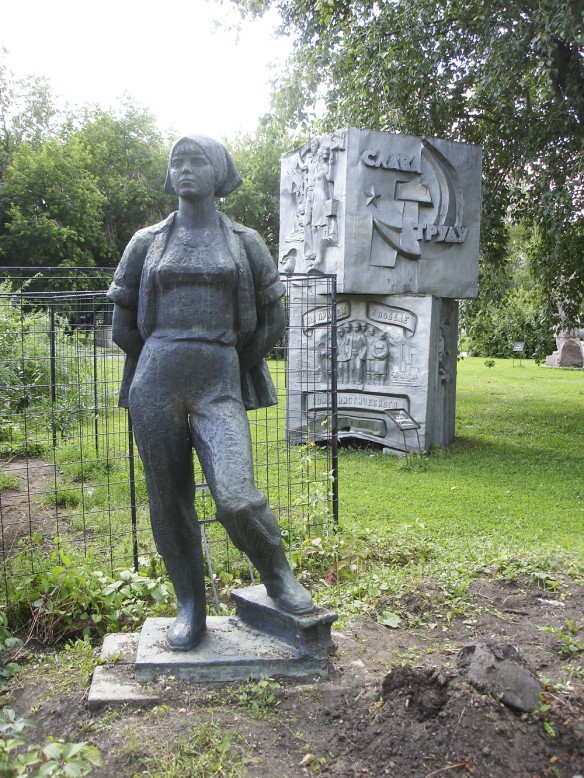 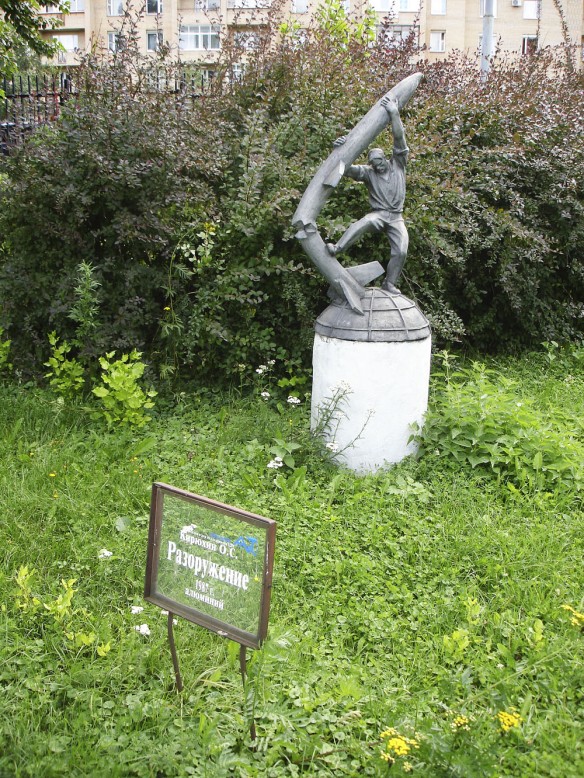 The New Tretyakov Gallery is devoted to Russian art from the beginning of the 1900s to the present day. A part of the exhibition includes works of Socialist Realism, the Soviet Union’s only officially recognized art style, represented by paintings and, outside the building, sculptures.

Socialist Realism was an art style developed in the Soviet Union. It became the official state art policy for nearly 60 years and the objective was to further the goals of Communism. Artists who did not follow the official policy were pursued and severely punished. Socialist Realism was officially defined by four rules adopted at the Communist Party Congress in 1934:

The typical motifs showed happy and muscular farmers and workers at collective farms and factories, heroic portraits of the Communist leaders and romanticized everyday situations. All other kind of art styles, such as Impressionism and Cubism, that were practised in the Soviet countries prior to the revolution, were labeled as “decadent bourgeois art”, counter-revolutionary, unintelligible to the people, degenerative and pessimistic. Socialist realism was openly a part of the systems propaganda. Stalin described the artist as “engineers of souls”. After Stalin’s death, the situation changed a little but it was still difficult for many avant-garde artists. An unofficial art exhibition in 1974 in a field near Moscow was destroyed by the police using water cannon and bulldozers (The Bulldozer Exhibition). The artwork was part of an exhibition that had previously been closed on its opening day by the Soviet leader Khrushchev.

GRAVEYARD TO FALLEN MONUMENTS. A COLLECTION OF SOCIALIST REALISM SCULPTURES

A collection of Soviet sculptures is located in the park area immediately north of the exhibition building. These were removed from public squares and buildings around Moscow after the collapse of the Communist regime. Among the Socialist Realism sculptures are also memorials to the victims of the GULAG camps.