THE MUSEUM OF COASTAL DEFENCE, HEL 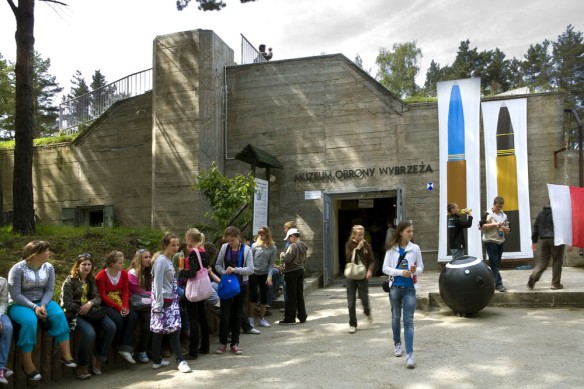 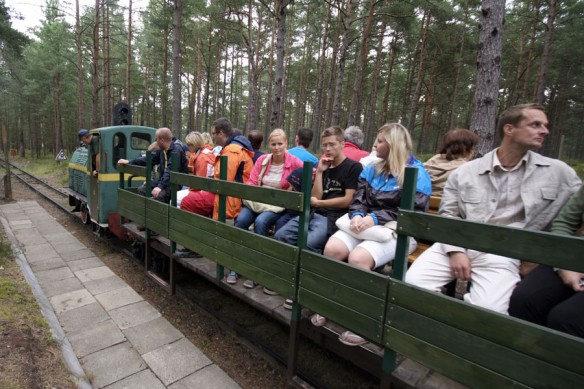 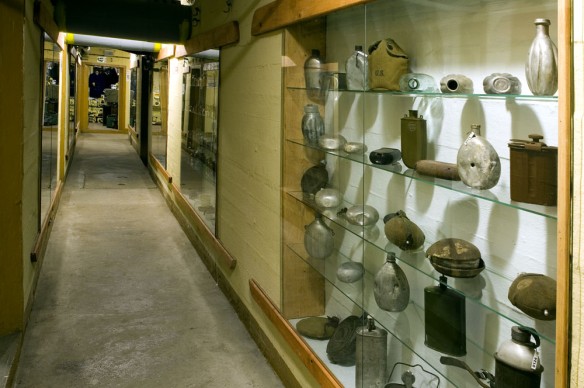 The Museum of Coastal Defence in Hel was established by the “Friends of Hel” society in buildings formerly bulid by the German “Schleswig-Holstein” 406 mm battery: the B2 gun emplacement and the range-finder tower. The Museum was opened to visitors on 1st May 2006. The aim of the museum is to show the military history of Hel and the Polish Navy. A number of thematic exhibitions show the heroism of the defence of Hel in 1939, and the development of the Polish Navy through history. The development of naval armaments and communications over the last fifty years is shown in detail.

The museum is dedicated to the memory of Zbigniew Przybyszewski – the commander of the peninsular battery named after H. Laskowski. Przybyszewski was the hero of the 32 days of the defence of Hel in the autumn of 1939. After surrendering, he was a prisoner of war in many camps and oflags. After the war he returned to Poland. He rebuilt the Polish Navy. He was appointed commander of the torpedo-boat division, and afterwards the commander of the 31st division of coastal artillery in Redlowo. In 1947 he was promoted to the rank of lieutenant commander, and in 1949 was appointed Chief of Artillery in the Polish Naval High Command.

Zbigniew Przybyszewski graduated the Naval Cadet School in 1930, as Navy podporucznik. After numerous artillery training and practices on ships, he won in 1937 as an artillery officer ORP BURZA, the mastery of the Fleet in artillery shootings. In 1938 he was appointed captain and in October was ordered to be the commander of the largest Polish battery on Hel peninsula – the H. Laskowski battery – 4 x 152.4 mm Bofors guns with a range 26 km. .

At the outbreak of World War II, September 1, 1939, Przybyszewski was 32 years old, had the best gunner fame and the prospect of further great career … During the 32 days of Hel defense battery commanded by Przybyszewski was shooting at  great German fleet at Gdansk Bay, preventing the landing on the Hel. After five years in German oflags, Przybyszewski decided to return after the war        to their homeland , which is under the absolute influence of the Soviet Union. As outstanding specialist has received the highest honors and was promoted rapidly – in 1950 already as he was promoted to commander see the important position of the General Staff of the Army.

This years arrived the darkest time of the Polish Navy history – years of reign of the Main Directorate of Defense Information – or simply power ruthless and cruel military security police lawlessness. The cold war begun in our country…….

Przybyszewski was arrested on 16 Sep 1950 and after two years of torture, sentenced to 21 July 1952 to death for alleged treason and cooperation with foreign intelligence. Together with Przybyszewski were arrested six other commanders – all of them were defenders of Hel in 1939. In a secret trial collapsed five death sentences, three of them performed.

Komandor Jerzy Staniewicz was shot as the first in a basement prison, 12 December 1952 year. Four days later, in the same cellar, were shot in the back of the head commanders Zbigniew Przybyszewski and Stanislaw Mieszkowski. Two further commanders, sitting on death cell, waited commute to life in prison – they were Marian Wojcieszek and Robert Kasperski. For life imprisonment were sentenced commanders Kazimierz Kraszewski and Wacław Krzywiec. Families of convicted received estates and housing, expelled them from the coastal areas and prevented from getting a job. W 1956, released and rehabilitated all the commanders, as a completely innocent of the so-called wave. “Thaw” after Stalin’s death – but none of rehabilitation does not return the received cruel life, does not compensate for years of cruel imprisonment and torture.

After Stalin’s death in 1953, and the death of Polish President – Bierut in 1956, was appointed a special commission to investigate the responsibility of former employees of the military security police. This caused no concrete action against the well-known perpetrators of crimes committed in the majesty of the law. Short-term prison sentences has been sentenced just two security police officers for the short prison – the rest did not suffer any liability.

After conquering Hel, the Germans came fully to appreciate the military significance of the Hel peninsula. For 32 days they had been unable to take it, despite the fact that they had a powerful fleet and air force at their disposal. For this reason, in late 1939 they started to build heavy coastal artillery emplacements at a point about 1.5 km from the centre of the town of Hel, naming them after the battleship “Schleswig-Holstein”, which had played a sinister role in Polish history beginning the II world war. By early 1941, three emplacements for 406 mm coastal guns, a rangefinder tower and two munitions magazines had been built. Shells weighing more than a ton could be fired over a distance of 56 km. Towards the end of 1941 when the situation on the eastern front changed radically, it was decided to close down the battery and the dismantling of the guns was begun. Guns from Hel were transported to France, and set up on emplacements in Sangatte near Blanc Nez as the Lindemann battery, from which point by November 1942 they were shelling Great Britain.