MUSEUM OF THE TENTH PAVILION OF THE WARSAW CITADEL The Tenth Pavilion of the Warsaw Citadel. Prison corridor in the Tenth Pavilion 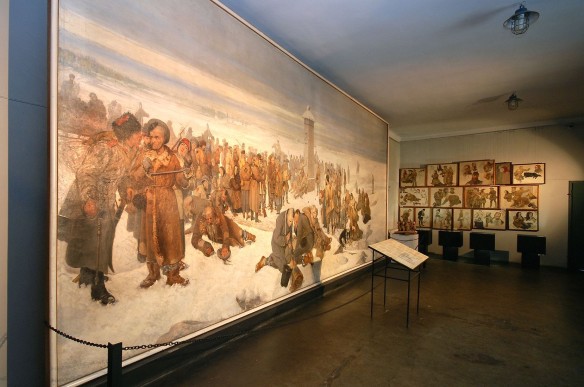 Fragment of a collection of paintings by Alexander Sochaczewski 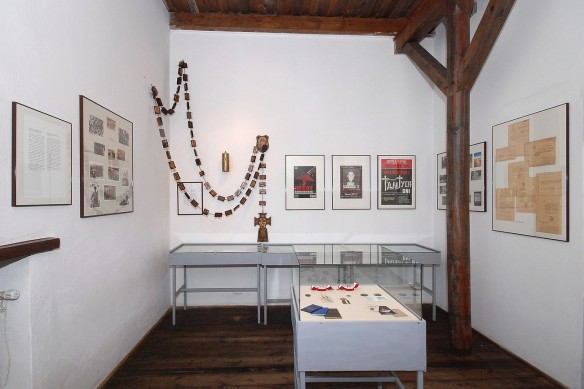 The Museum of Tenth Pavilion in the Warsaw Citadel is one of the most important sites of Polish martyrdom. It is related to the period of the so-called annexations when Poland, once one of the most powerful states in Europe, finally lost its independence in 1795 as a result of three consecutive partitions. It was divided among three powerful neighbours: Russia, Austria and Prussia. Warsaw and the eastern part of the country, following a short period of Prussian occupation and then a short period of freedom during the Napoleon era, in 1815 found itself within the boundaries of the Russian empire. Poles made attempts to regain independence. In November 1830, an anti-Russian uprising called the November Uprising broke out in Warsaw. Following its suppression, the tsarist authorities built in Warsaw a citadel equipped with plenty of artillery and a strong garrison, with the main purpose of keeping down the rebellious city. Moreover, at the premises of the fortress, in one of the buildings – the so-called Tenth Pavilion, there was located a central remand prison for political prisoners, in consequence of which its was soon nicknamed the Bastille of Warsaw. The Citadel, which seated the investigative commission and the court-martial, saw approximately 40 thousand prisoners: members of secret independence organisations, participants in national uprisings, in particular in the biggest of them, the so-called January Uprising 1863, activists of the Polish labour movement, participants in the Revolution of 1905-1907, participants in patriotic manifestations, workers’ strikes, activists of various political and social organisations, etc. Among the prisoners of the Tenth Pavilion there were many famous figures of the Polish history, among others – sentenced to death, the last leader of the January Uprising Romuald Traugutt and Józef Piłsudski, the famous freedom fighter and then the head of the Polish state reborn in 1918. Several hundred prisoners were executed on the slopes of the citadel, thousands of others were sent deep into Russia to penal labour or exile in Siberia. Their lots are illustrated by the works of a painter, a Siberian deportee and a Tenth Pavilion prisoner, Aleksander Sochaczewski, exhibited at the Museum. Following recovery of independence, the Citadel was managed by Polish military authorities.

At the moment, the Tenth Pavilion is one of the branches of the Museum of Independence in Warsaw. Organised in the interior of the former prison, the museum exhibition is primarily devoted to former prisoners kept in this building. It comprises prison, investigation and court documents, photographs of the most important prisoners, their personal mementos, realities and works of art related to their activity as well as individual cells of the numerous remarkable Poles imprisoned here. A kind of supplement to the main exhibition is the ‘Siberian Exiles 1940-1956’ exhibition commemorating Polish martyrdom deep in the USSR during the Second World War and the first years of the Cold War, both inhabitants of eastern territories of pre-war Poland deported in large numbers following the aggression of the Red Army on 17 September 1939 as a result of the Ribbentrop-Molotov Pact and the Polish resistance soldiers repressed a few years later following Russians entering the Polish land in 1994. It shows the similarity of Polish lots under the occupation of the 19th century tsarist Russia and the 20th century Soviet Union in the Stalinist era. The ‘path of executions’ leading through the Gate of Executions to the site of executions on the slopes of the citadel is also associated with the Tenth Pavilion. The Museum of the Tenth Pavilion located at the site of suffering and martyrdom of thousands of Polish patriots constitutes a dramatic testimony to the tragic period in the history of the Polish nation and of its persistent and successful fight for independence.