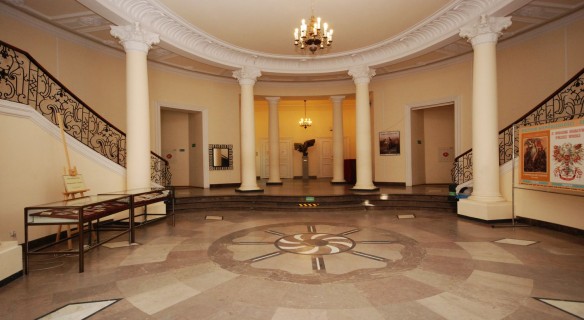 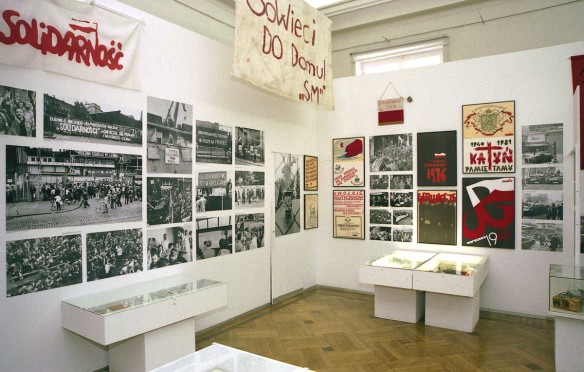 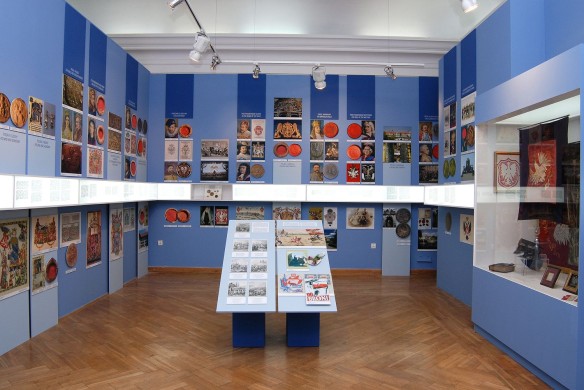 The Museum of Independence in Warsaw was established in 1990 as a result of a series of social and political transformations which overthrew the Communist rule in this part of Europe, including Poland which was the leader of the changes. Its seat was located in the then-disestablished Vladimir Lenin Museum in one of the Warsaw-based palaces, known as the Przebendowski/Radziwiłł Family palace. It was created at the beginning of the 18th century and initially belonged to the wealthy Przebendowski Family. It experienced its years of splendour following the year 1912 when it became a property of one of the most important Polish aristocrats, Prince Janusz Radziwiłł, who arranged his Warsaw domicile there. Following the recovery of independence by Poland in 1918 the palace, due to its owner, considered to be an informal leader of the Polish aristocracy, became one of the most important meeting places of the current social and political elites. During the Nazi occupation in the years of the Second World War, it remained in the hands of the Radziwiłł Family, but was significantly damaged during the Warsaw Uprising in August 1944. After the Red Army entered the Polish land, the Radziwiłł Family, similarly to many other Polish aristocrats, was deported by the Russian far into the Soviet Union and the palace, similarly to most of the assets of the Polish aristocracy, was nationalised by the communist authorities of Poland. Following reconstruction, in 1955, it became the seat of the Lenin Museum.

At present, it houses the main offices of the Museum of Independence which deals with the 19th and 20th century history of Poland, with particular attention paid to the independence-related problems of that period. The main exhibition entitled ‘Polonia Restituta. For independence and boundaries 1914-1921’ presents the circumstances of Poland recovering independence after 123 years of bondage, when the State of Poland had been partitioned among the three neighbouring superpowers: Russia, Austria and Prussia (from 1871 on – Germany). Other permanent exhibitions include: ‘Z Orłem Białym przez wieki’ (Through the ages with the White Eagle) presenting the story of the Polish national emblem from the ancient to the present times, and ‘Żeby Polska była Polską… Dzieje opozycji w PRL 1945-1989’ (So that Poland could be Poland… The story of opposition in the People’s Republic of Poland in 1945-1989) presenting the activities of the Polish independence circles aiming at the restitution of the sovereign state of Poland from the end of the Second World War, when Poland found itself in the sphere of influence of the Soviet Union, to thorough recovery of sovereignty as a result of the social and political changes of 1989 initiated by a mass civil movement, that being the ‘Solidarity’. Apart from the permanent exhibition, the Museum organises multiple temporary exhibitions primarily devoted to the issue of independence. It conducts intense educational, artistic and cultural, popularising and publishing activity. It publishes its own periodical – a museum and history magazine entitled ‘Niepodległość i Pamięć’ (Independence and Remembrance).

Beside its main domicile, the Museum of Independence has two martyrdom-related locations which were the sites of suffering of thousands of Poles: the Museum of the X Pavilion of the Warsaw Citadel located in the former political prison from the times of the annexations at the premises of a tower constructed by Russians in the years 1832-1836, following the suppression of the November Uprising, and the Pawiak Prison Museum located in another prison from the annexations era, widely known as the site of martyrdom, in particular during the Nazi occupation, and having its branch called the Mausoleum of the Fight and Martyrdom at Aleje Szucha, at a former Gestapo custody from the very same period.