Kuklinski (standing) during the signing of a Defense Treaty in Moscow, 1980. On the left, the Russian Defense Minister, Dmitri
Ustinov. He was also a member of the Politburo of the Central Committee of the Communist Party of the Soviet Union, the central
policy-making and governing body of the Communist Party. Kuklinski (left), together with his friend Professor Jozef Szaniawski, the founder of the Colonel Kuklinski Intelligence
Museum. They are standing in front of one of the Katyn memorials in Warsaw. 22,000 Polish officers, policemen, intellectuals and prisoners of war were executed en masse in Katyn in 1940 by the Soviet Army. The Poles had fled from the Nazi German invasion.Stalin used the opportunity to murder those whom he thought might be future potential enemies following a Communist takeover of Poland after the war. 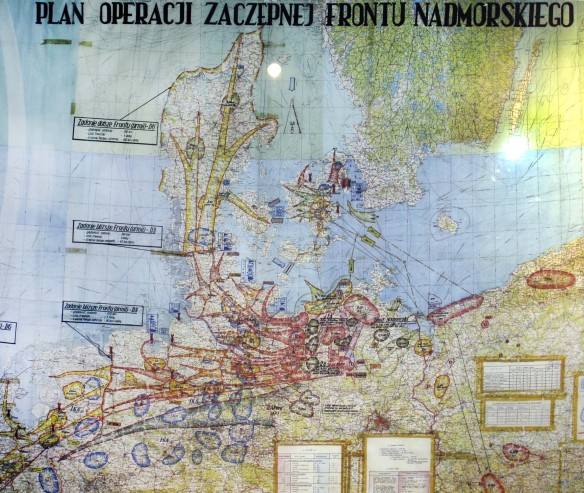 A PRIVATE MUSEUM IN HONOUR OF COLONEL RYSZARD KUKLINSKI

The museum is in honour of the Polish colonel Ryszard Kukliński (1930-2004), one of the most valuable and high-ranking Western spy in the Soviet military system. The museum tells the story of his life and shows some of the materials, especially military maps, that he handed over to the CIA, the American Intelligence Service.

THE MOST SECRET MILITARY DOCUMENTS WERE DELIVERED TO CIA

Kukliński was the chief of a planning unit in the Polish army and responsible for liaising with the top Soviet military leadership. From 1972 until 1981 he supplied the CIA with 42,000 pages of secret documents, such as:

HIS REASON FOR SPYING

Kukliński received no money for his activities. He was motivated only by the wish to promote Polish national interests. He contacted the CIA on his own initiative and was working on his own; not even his family knew what he was doing. He lost his loyalty to the Communist system and the Soviet army for several reasons:

HIS ESCAPE, DEATH SENTENCE AND REHABILITATION

Kukliński had to flee urgently to the United States with his wife and two sons following a breach in CIA security. In U.S. he changed his name and was under constant protection. But he paid a high price for his activities: both his sons died under suspicious circumstances that were almost certainly murder.
Kukliński was seen as a traitor among Communists and a hero among anti-Communists. He was sentenced to death in absentia in 1984 by a secret military court in Warsaw, but fully rehabilitated in 1997. He died in 2004 and has been posthumously awarded with the honorary citizenship of many Polish towns, including Gdansk and Krakow. He is buried in the Honour Row of Powązki Military Cemetery in Warsaw.