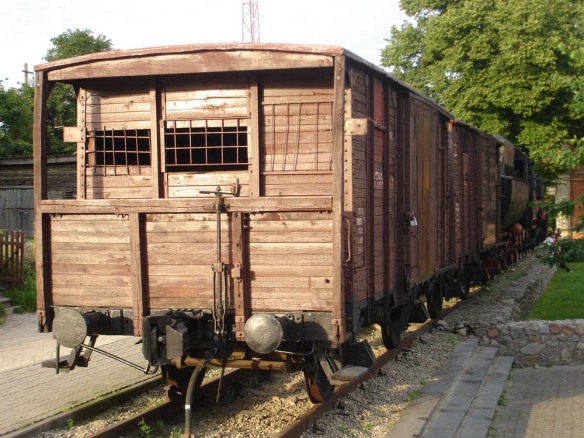 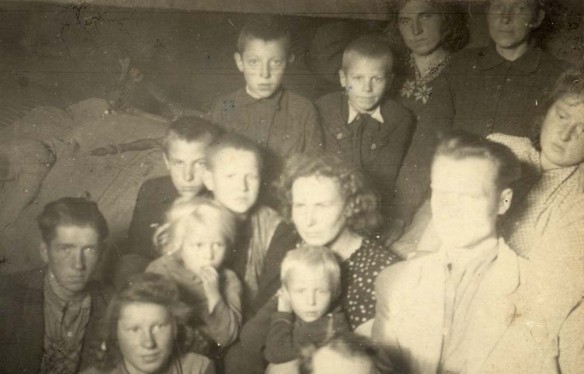 Deported Lithuanians on their way to Siberia in a cattle wagon in 1951. 70% of all those deported were women and children. These people were told they were to be deported: “to remote regions of Siberia for the rest of your life”.

MASS DEPORTATIONS TO REMOTE PARTS OF THE SOVIET UNION

This kind of train was used for mass deportations during the Stalinist period and many people were deported from this site. There were two groups of deported people: Prisoners sent to GULAG camps as slave labours, and deportees who should develop isolated regions, also through hard physical labour.

150,000 people were sent to GULAG camps as prisoners, mainly in Siberia. It is estimated that 20.000-25.000 died in the camps. The deportees sent to isolated regions were mainly “kulaks” and so-called “bandit families” of punished individuals. 136,000 of these people were deported to Siberia, the Arctic zone and Central Asia.

Around 28,000 of them died in exile. After Stalin’s death in 1953, it became possible for many deportees to return to Lithuania in the following decades.