Guided tours are conducted in English, German, Polish and Russian. Guided tours must be booked in advance. Tel.: +370 346 47392. Possibilities for thematic excursions (including local food tasting), hobbies and educational programs. 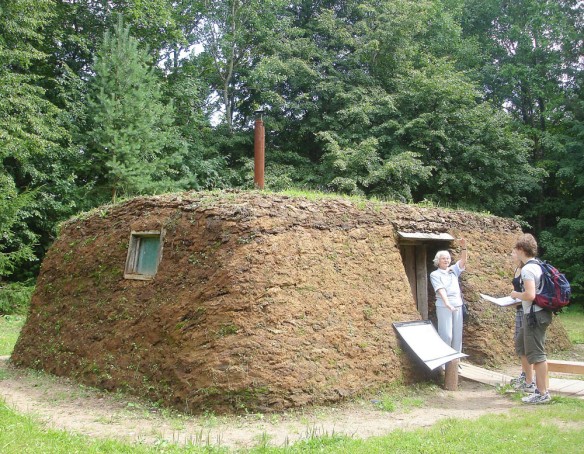 A reconstructed peat hut, a so-called yurt, from the Laptev Sea region, a place with permafrost and a temperature of up to minus 50 degrees. The windows were made of pieces of ice and the inside temperature never rose above freezing. The museum guide standing in the door is Irene Spakauskiene, who was deported to the area with her family when she was a small girl. 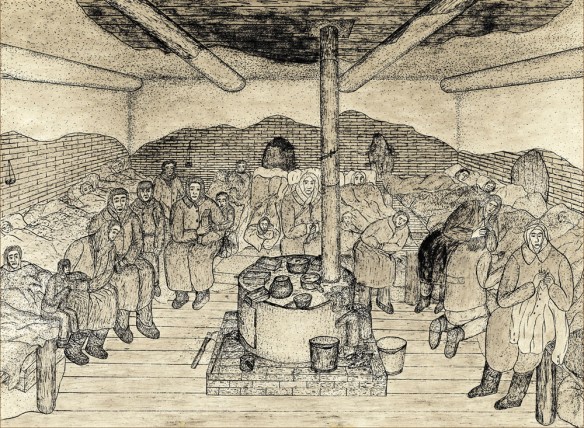 Drawings by Gintautas Martynaitis, who was born in 1935. He was a self-taught artist who created impressive drawings from Siberia. His family was deported as slave labours in 1941. His father was sent to a hard labour camp, and his mother with two small boys to the island of Trofimovsk near the Laptev Sea north of the Polar Circle. Gintautas Martynaitis worked as an electrician in Yakutia region from 1956 on. His brother died in 1955. Together with his mother, he returned to Lithuania in 1959. He died in 1991.
The drawing shows the inside of a large barrack. The temperature was below zero inside the house, except near the oven made from an iron barrel. There was no electricity and no possibility of lighting the house in the evening. Many people died under these living conditions, strongly exacerbated by the hard work, the cold and the suffering from scurvy and typhus. ("Lapteviečiai" brotherhood, Lithuania). 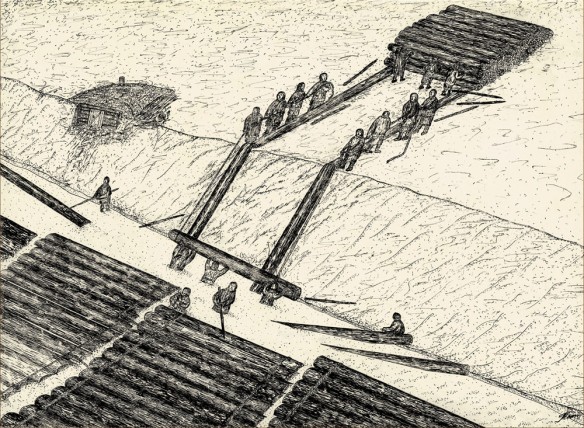 One of the tasks in Trofimovsk was to drag logs ashore from the river, bind them together and drag them to the city where they were used for heating. It was extremely hard work in icy water and often snow storms. ("Lapteviečiai" brotherhood, Lithuania). 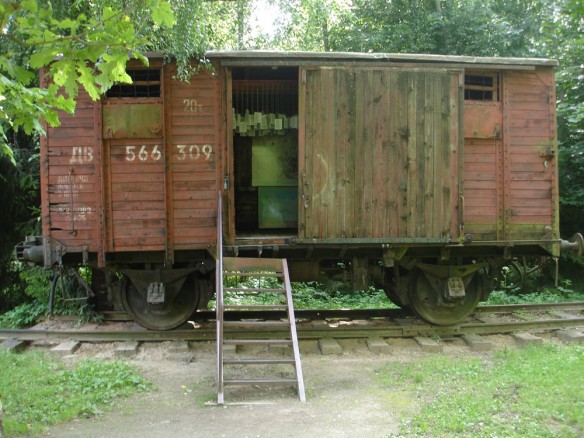 Recent history is represented at the Open Air Museum by:

THE DEPORTATIONS TO SIBERIA “FOR THE REST OF YOUR LIFE”

In the summer of 1941, arrests and mass deportations took place in all Baltic countries. The deportations involved 18,000 Lithuanians. The reason for these deportations was simply to use the people as slave labour or, in the words of the official Communist documents to the deported people, to send them: “to remote regions of Siberia for the rest of your life”. The deportations were characterized by a separation of the men from the women and children. The men were sent to GULAG camps. Many people were sent to the Laptev Sea region, north of the Polar Circle with permanent frost. The stay was marked by cold, hunger, disease and death, which hit the old and the children first and foremost. In 1942-43, half of all deported Karelian Finns and a third of the Lithuanians on the island Trofimovsk died. After Stalin’s death, many of the survivors could return to Lithuania.