MEMORIAL. PART OF WALL AROUND THE PARLIAMENT, VILNIUS

The corner of Gedimino prospektas (west end) and A. Goštauto gatvė. 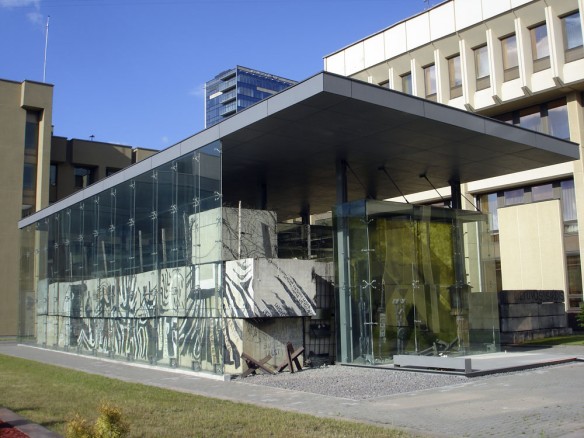 A part of the wall around Parliament, built by people during the January Events, has been protected as a Memorial. It is now
covered by a roof. 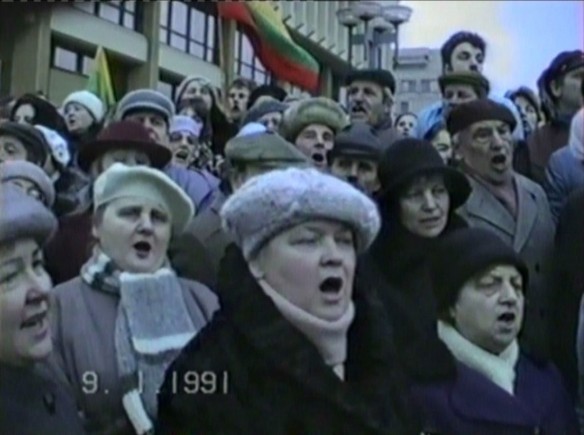 Lithuanian national songs were sung by people for days on end
in front of the Parliament. Here are some of the most emotional
parts of Albinas Kentra’s video film of the singing revolution. 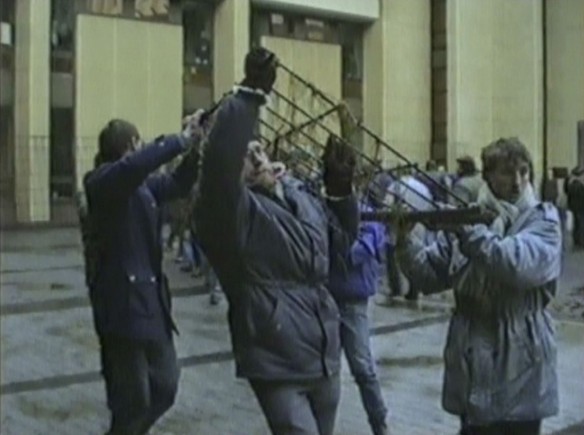 The wall was built by people during the January Events, 1991, and has been protected as a Memorial. It is now covered by a roof. Fourteen people were killed and more than 700 injured by Soviet military and security forces in Vilnius in January 1991. Lithuania had already declared independence of the Soviet Union in March 1990. The following period was difficult with a weakening economy, energy shortages and high inflation because of economic blockade organized by the Soviet Union. Food prices increased and some products were rationed. The political situation was unstable. The Soviet leaders in Moscow and pro-Soviet groups in Lithuania were dissatisfied with the proclaimed independence, especially the Russian-speaking minorities, supported by the Moscow-backed sector of the Lithuanian Communist Party.

The Soviet military activities continued for several months. 7 custom officers and policemen were killed at the Medininkai border checkpoint on 31 July 1991.