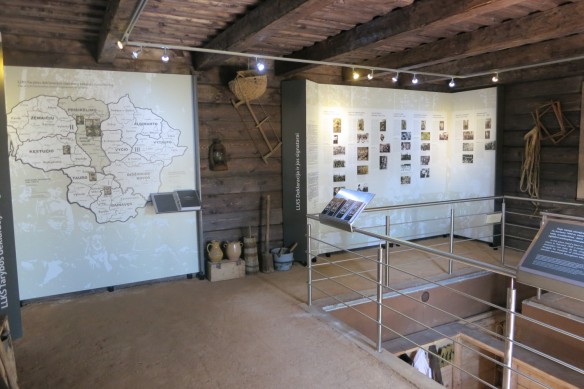 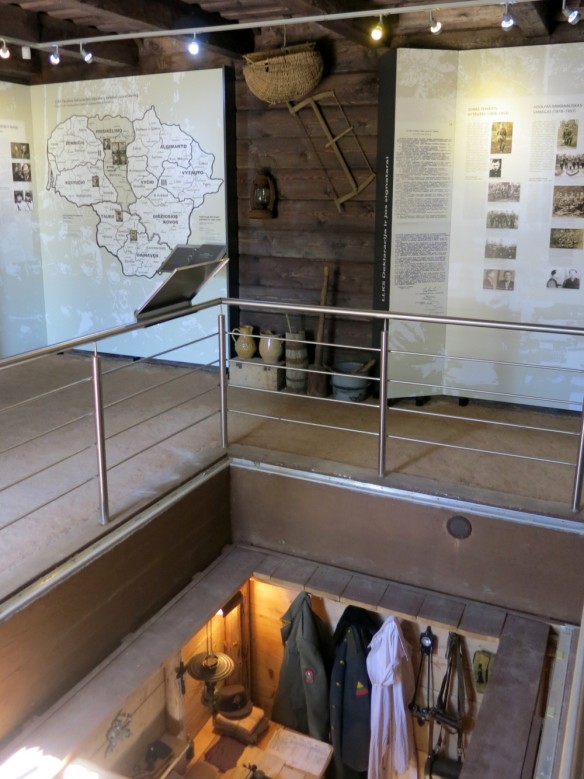 MEMORIAL FOR LITHUANIAN PARTISANS IN MINAIČIAI

In 1944–1945, when Europe and the rest of the world was rejoicing that fascism was going to be defeated very soon, the mood in Lithuania was quite different. It was then that a partisan war broke out in Lithuania, with the aim of reinstating statehood. The partisan war lasted for a full 9 years until 1953, although single partisans survived as late as 1969. The commanders of partisan units and underground organisations understood the need for a united underground leadership, which would map out the political strategy of the struggle, represent the underground and seek support abroad. After 5 years of fighting they succeeded in achieving this goal. In February 1949, the chief partisan authority, The Presidium of the Council of the Movement of the Struggle for Freedom of Lithuania was established. Partisan commanders from all of Lithuania gathered at a congress in Radviliškis district to unite freedom fighters and declare the political will to restore an independent and democratic Lithuanian state. All Lithuanian partisan commanders who took part in the congress became subordinate to this authority. The congress participants discussed the programme, tactics, political, ideological and organisational issues of armed resistance, – a total of 23 questions. But the key document adopted there was the declaration of 16 February 1949, which affirmed their goal to seek the re-establishment of an independent democratic state, and legitimised the Movement of the Struggle for Freedom of Lithuania as the unifying organisation of the national armed resistance to Soviet occupation; its council was affirmed as the single source of legal authority in occupied Lithuania. After the re-establishment of independence, the Seimas of the Republic of Lithuania acknowledged the importance of this declaration for the continuity of Lithuanian statehood and recognised this document as a legal act of the Lithuanian state. The site of the congress – the Mikniai family homestead in Minaičiai village, Radviliškis district – was turned into a place of commemoration. A memorial plaque was unveiled in 1994, and a small memorial was opened later. In 2010, archaeological diggings were carried out; the municipality of Radviliškis district rebuilt a barn with a bunker underneath it; and experts from the Museum of Genocide Victims re-created the bunker interior. In the same year, the Genocide and Resistance Research Centre of Lithuania designed and built a monument to commemorate the declaration of 16 February, 1949 and its signatories. All eight names of the partisans who signed the declaration are inscribed on the monument. The monument depicts fir trees reaching for the sky, a symbol of shelter for the partisans as well as a symbol of their mothers’ anguish and longing. The monument was formally opened on 22 November 2010. On 26 May 2012, an exhibition was opened in the rebuilt barn. The exhibition called ‘Give your Homeland everything you should give’ contains a review of the partisan fight in 1944–1953, the history of the centralisation of the partisan leadership, and a map of the routes the partisan commanders took to the congress. Visitors are shown not only the signatories of the declaration but also the fighters who guarded and escorted them – their biographies and photographs, which have survived, are exhibited. A part of the exhibition is devoted to questions discussed during the congress – one stand contains copies of all documents adopted in the congress. Another stand is dedicated to the story of the bunker: when and under what circumstances it was built, how it became the location for the congress and its future after the participants left. There is also a brief story of the 2010 archaeological diggings, with its findings exhibited nearby. Visitors can see the metal milk can where the hidden archive of the partisans was found in the Mikniai family homestead in 2004. Since the exhibition is mounted in a barn, various articles of daily living, clothes and black out blinds are installed to give a more authentic impression. Together with the rebuilt partisan bunker, which the visitors can also see on the site, the exhibition makes a harmonious whole. All texts are in both Lithuanian and English, so the exhibition is open to both local and foreign visitors.