Parking near the bunker can be reached from Jyllingevej (150 meter). 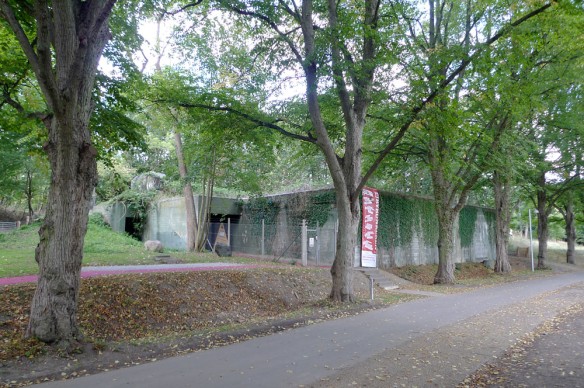 From the central operation room. The Western Rampart is mostly overgrown with high vegetation, but a big part of the ramparts south of the
Ejby Bunker is grazed by sheep so that the ramparts forms and constructions are visible. A continuous pedestrian and bicycle path is located behind the ramparts.

COMMAND CENTRAL FOR THE AIR DEFENCE OF COPENHAGEN

The Ejby Bunker was taken in use in 1954 as the central command unit of the air defense of Copenhagen. The bunker was in function around the clock in 17 years. The main function was to overview the air space of the capital. Later the bunker was used to other purposes among these as storage for computers used for secret military communication. The Defense Forces permanently left the bunker in 2005. The exhibition contains several digital and interactive installations which tell about the Cold War Period and it is possible to play interactive games such as “Catch the spy” and “Stop the 3rd World War”.