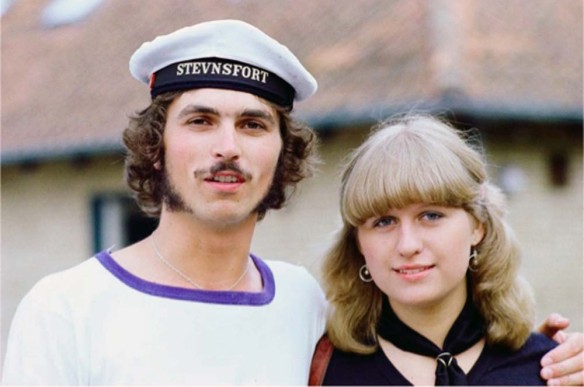 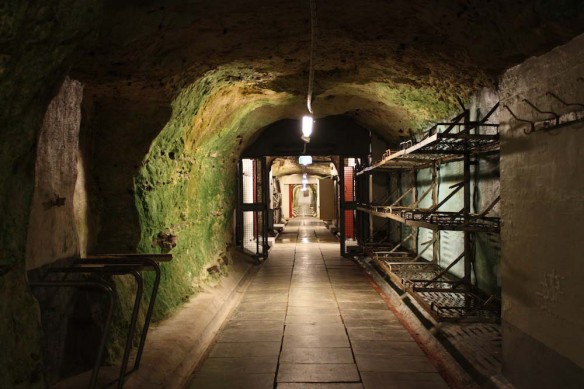 From the underground passage system that measured approx. 1.6 kilometres in length, including rooms.
The limestone at this location is highly resilient to pressure from outside and therefore provided good protection for the military underground installations. Security in case of chemical, biological or nuclear weapons was also high.
Several hundred soldiers would have been able to survive here for many weeks in case of nuclear war. 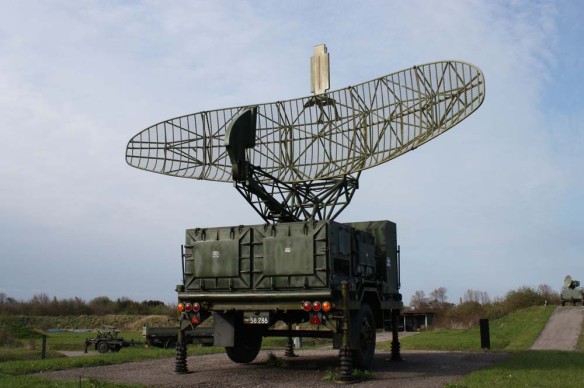 From the outdoor exhibition. 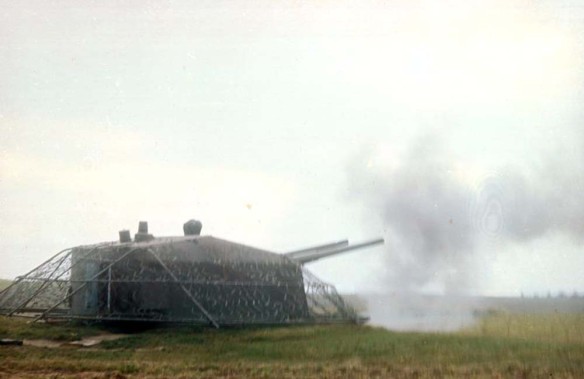 The main artillery on the Stevnsfort consists of two double 150 mm cannons with a range of 23 kilometres. This was enough to reach the Swedish coast and thereby control the entrance to Øresund and Copenhagen.
The cannon can be rotated 360 degrees and can thus also fire into the hinterland against enemies who may have gone ashore or been dropped by parachute. This was expected as part of a Warsaw Pact attack on Denmark.
During the Second World War, the cannon turrets were a part of the Atlantic Wall and stood on the Danish island of Fanø.
Each cannon was handled by 36 people.

There are two exhibition areas at the museum:

A tour of the underground complex is only possible with a guide and must be booked in advance.

The Stevnsfort was constructed in 1952 and was the last fort in Denmark to close, in 2000. The fort was facing the frontline of the Warsaw Pact. The main military strategy of the Stevnsfort was:

There is no doubt that the fort would have been a main target for attacking Soviet forces in case of war, and a target for a tactical nuclear missile.

The fort is located on a flat coastal area with a vertical limestone cliff to the water. The military complex is carved out of limestone 18 meters under the ground and with 1.6 kilometres of passages and rooms. The fort consisted of:

On the ground, there were anti-aircraft batteries, locator stations, a light cannon, projectors, fire fighting equipment and warning radars etc.

The main attraction at the museum is the underground complex. There is also a visitor centre with cinema and an exhibition on the fort. The outdoor exhibition shows Hawk missiles, tanks and other military cannon and vehicles.