89-year-old Lithuanian, Albinas Kentra, is still very active. His life reflects the most significant events in Communist Eastern Europe: the armed partisan movement (three brothers were killed, two of them as partisan leaders, the young Albinas survived), the KGB regime (Albinas was captured and thrown into a KGB prison), the Gulag camps (Albinas was sent to a GULAG camp in Kazakhstan), and finally, the dissident movement and freedom demonstrations in Vilnius (Albinas participated actively in both).

>> PROTECTION OF GULAG CAMPS AND OTHER MEMORIALS

“From the 1920s to the 1950s alone, there existed, in the USSR, no less than 15-17,000 sites where people were deprived of their freedom”. Arseny Roginsky, Russia. President of the human right organization MEMORIAL 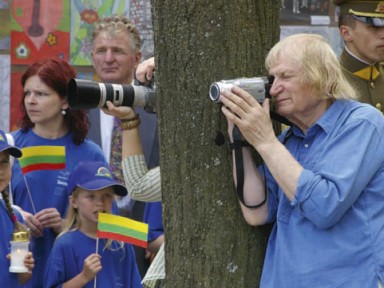