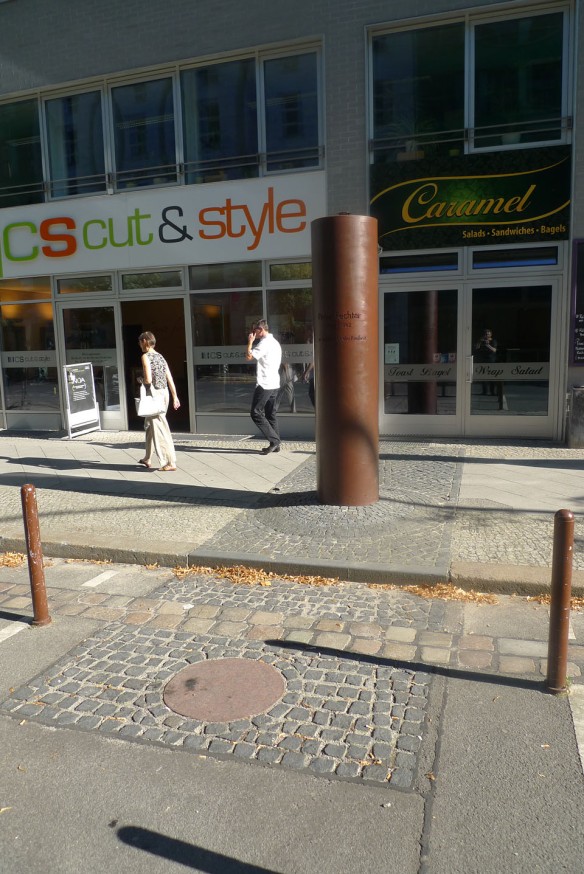 Peter Fechter, an 18-year-old bricklayer, is one of the strongest symbols of the killing of a fugitive at the Berlin Wall.

The West Berliners raised a wooden cross at the site, later replaced by the present steel memorial. The spot on which he died is marked in front of the memorial by basalt rock.