DOCUMEN-TATION CENTRE FOR VICTIMS OF THE GERMAN DICTATORSHIP

Guided tours outside opening hours are possible by appointment. Seminars and lectures can be arranged. (Tel.: 0385 74529911. E-mail: dokuzentrum-schwerin@lpb.mv-regierung.de). 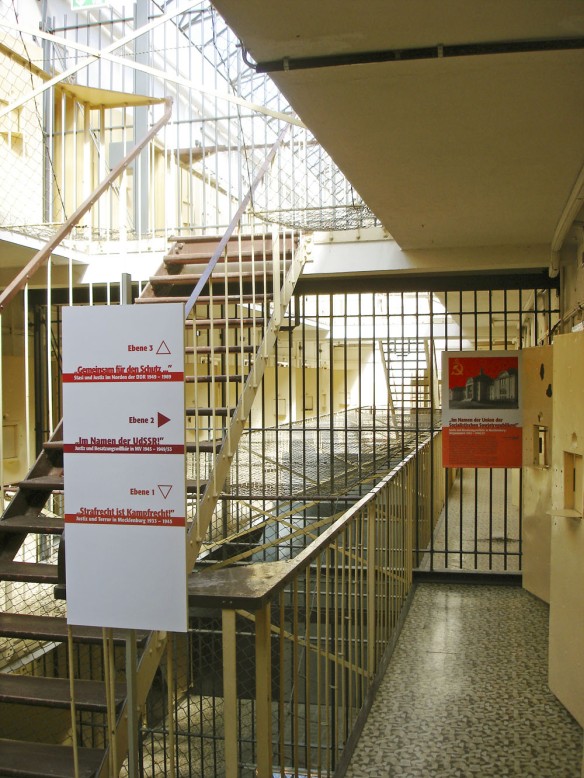 A sign in the museum clearly explains the former secret police activities and the ideology behind them:
First level (Gestapo activities): “Criminal law is the law of fighting!” Justice and terror in Mecklenburg 1933-1945.
Second level (KGB and Soviet military court): “In the name of the Soviet Union!” Justice and occupation conditions in Mecklenburg-Vorpommern 1945-1949/53.
Third level (Stasi activities): “The community is responsible for protection ..” The Stasi and justice in the north of East Germany, 1949-1989. 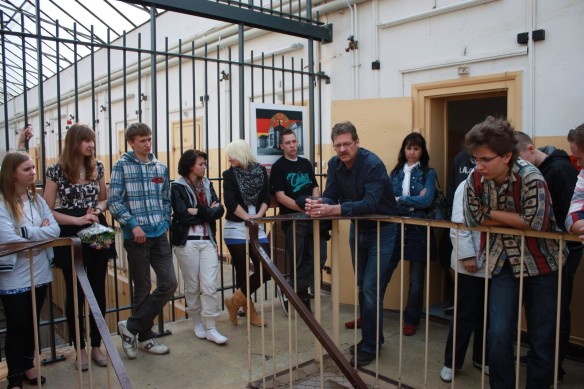 The museum and centre are located in an imposing building on Demmlerplatz in the centre of Schwerin. During the last century, the building was home to many functions connected to justice administration or, more precisely, the lack of justice in the Nazi and Communist periods of dictatorship in Germany. The building accommodated the police administration, courts and a remand prison. The prison has now been turned into a museum, with 74 cells on three levels. Some of the cells and other parts of the prison have been restored to their original state. It is also possible to visit the interrogation rooms and staff offices. Gestapo, Stasi and KGB Three secret police organizations operated from here:

During the Nazi period, the building housed special courts which, among other things, took decisions regarding compulsory sterilization, based on the Nazi race and euthanasia programs. After the Second World War, it became the headquarters of the KGB (then known as the NKWD) and a Soviet military court. Thousands of people were held in the remand prison before being sentenced (often to death or to hard labour in the Gulag system), among them many political prisoners who were against the Communist system.

In 1954 it became the headquarters of the regional administration of the Stasi and continued as a remand prison, particularly using psychological terror on the approx. 17,000 political prisoners who were interrogated here.

The building was occupied by demonstrators in 1989 following the breakdown of the Communist regime. Today the building is once again being used by the courts.