THE KGB BUILDING AND EXHIBITION, RIGA

Brīvības iela 61.
The corner of Brivibas and Stabu Streets, around 1 kilometre east of the Old Town. 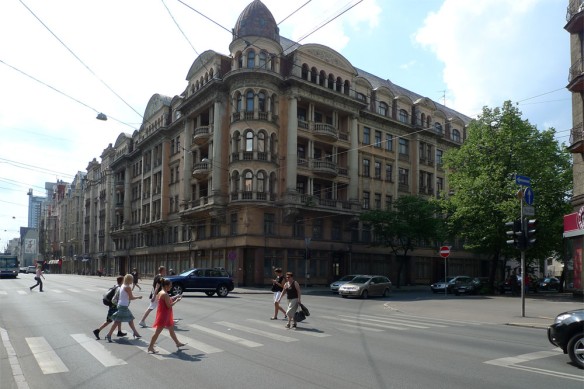 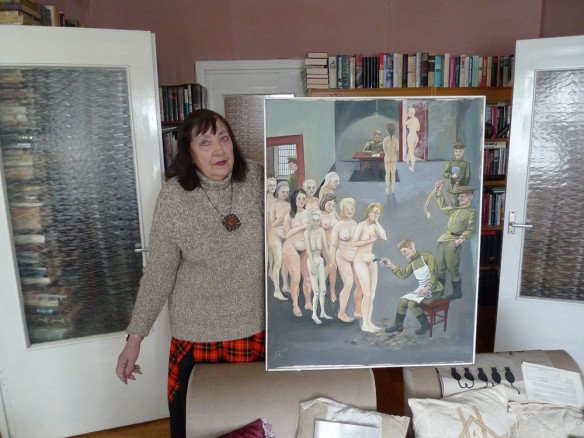 The artist Helena Celmina with a painting from the women’s prison camp in Mordovia. Russian prison officers cut off the hair of all female prisoners.
Helena Celmina, a Latvian artist and writer born in 1929, was imprisoned in the basement of the KGB building for six months in 1962. She was subjected to harsh interrogations both day and night and later sent to a women’s prison camp in Mordovia, east of Moscow, until 1966. 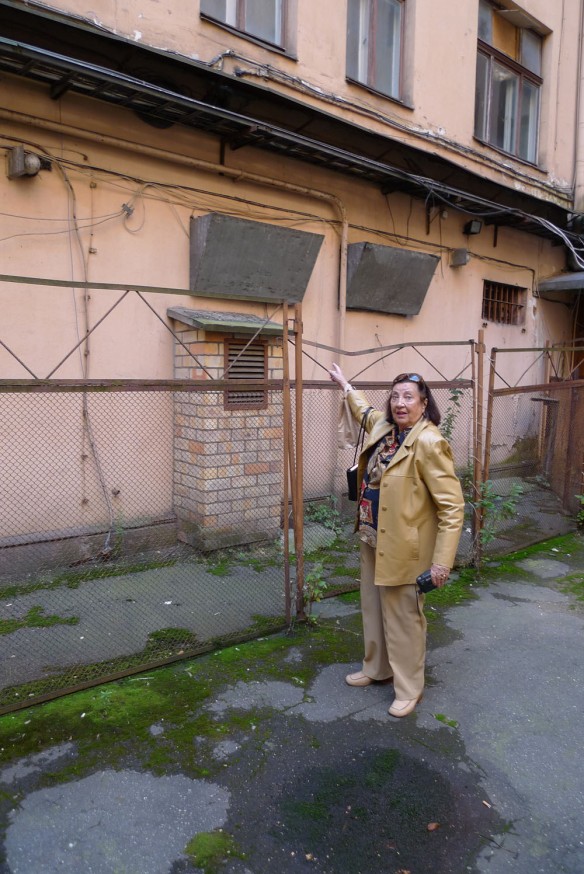 Helena Selmina points out the window to the cell in which she was imprisoned. 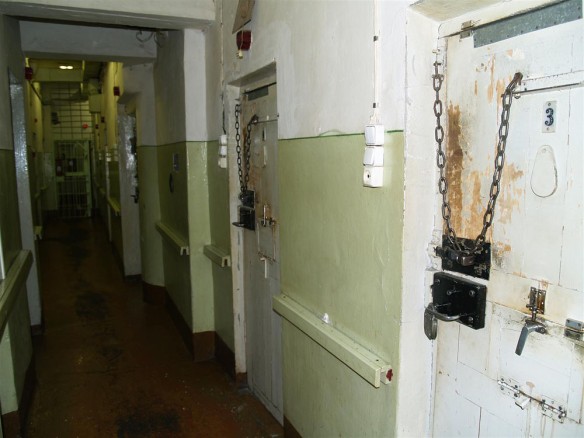 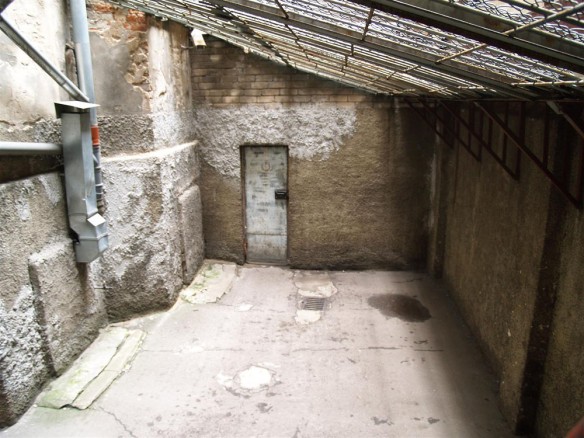 From the memorial in front of the KGB building 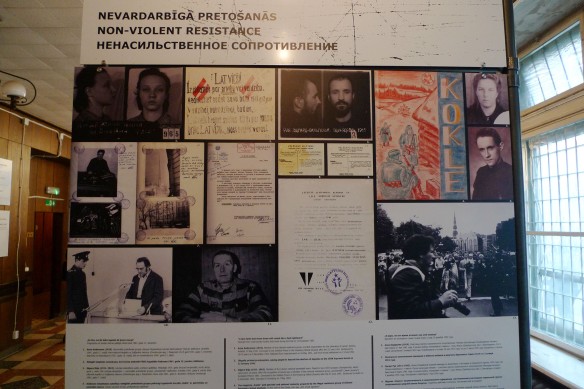 From the exhibition in the entrance hall 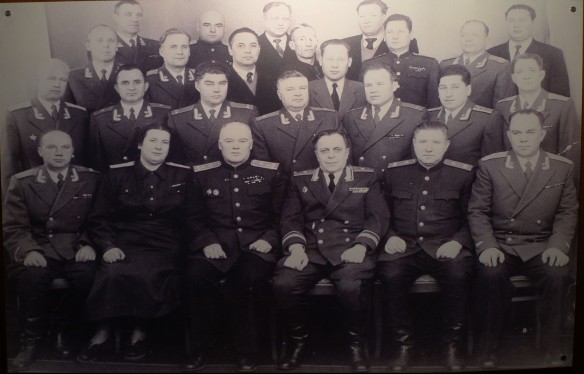 The Museum of Occupation has created an exhibit about KGB operations from 1940-1991 and has included
materials previously not shown.
The secret Soviet state police, the KGB, moved into the house in 1940 when the Soviet Union occupied
Latvia for the first time. The house was originally built in 1912 as apartments and shops and was later taken
over by the pre-war Latvian Interior Ministry. Between the two Soviet occupations in 1941 and 1944 it was
used by a number of youth organisations.

The KGB took over the building again in 1944 and only left it in 1991 after Latvia’s independence. A prison
was established in the basement with 14 cells of different size. The house was located on the corner of
Lenin and Friedrich Engels Streets (the Soviet names), hence the name “The Corner House”. (The current
and former name of the north-south road, Stabu Street, refers to a medieval pillory – in fact only removed
in 1849 – where prisoners were chained and burned alive. Inhumanity is thus an old tradition at this
location).

During the period of the Soviet dictator, Stalin, and especially during the years occupation in 1940-41
people were tortured and interrogated on the sixth floor and executed in the basement (the shower room)
or the yard. Thousands of people were sent to GULAG hard labour camps for decades, after being
interrogated in “The Corner House”. Sometimes people were invited here for a “friendly conversation” and
asked to “cooperate”.