March 1- November 30: 10:00-it gets dark outside. Only guided tours to the inside of RT-32 and the underground tunnel.

Arranged excursions have always prior. Can be arranged in Latvian, English, German and Russian. We offer excursions inside the RT-32 and in a 700 m long underground tunnel. Excursion must be especially arranged in winter time and if temperature get’s below 0° C. Contact: infovirac@venta.lv or by phone +371 29230818 (Office administrator Līvija Aulmane) or +371 63600347 (Watchman phone at Irbene). 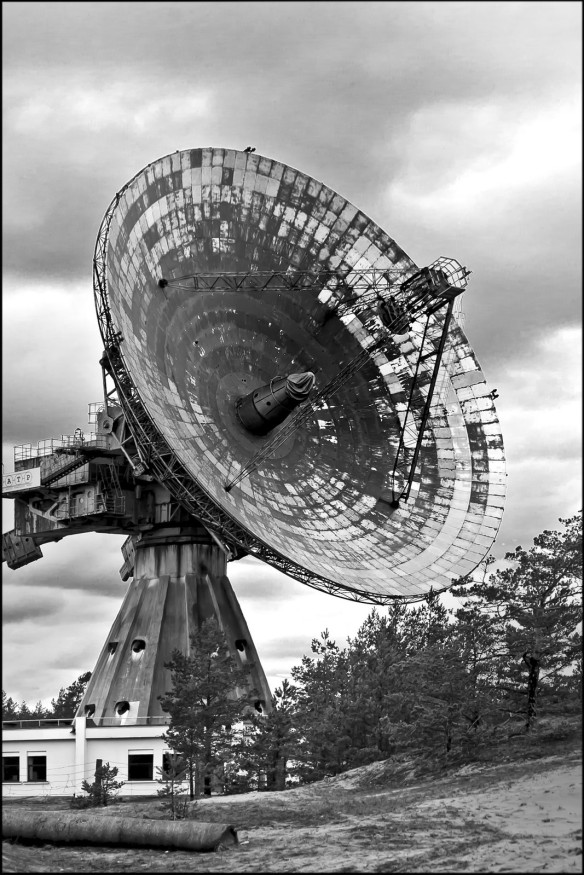 RT32 during the experiments (Māris Filks). RT32 during the experiments at night (Māris Filks). 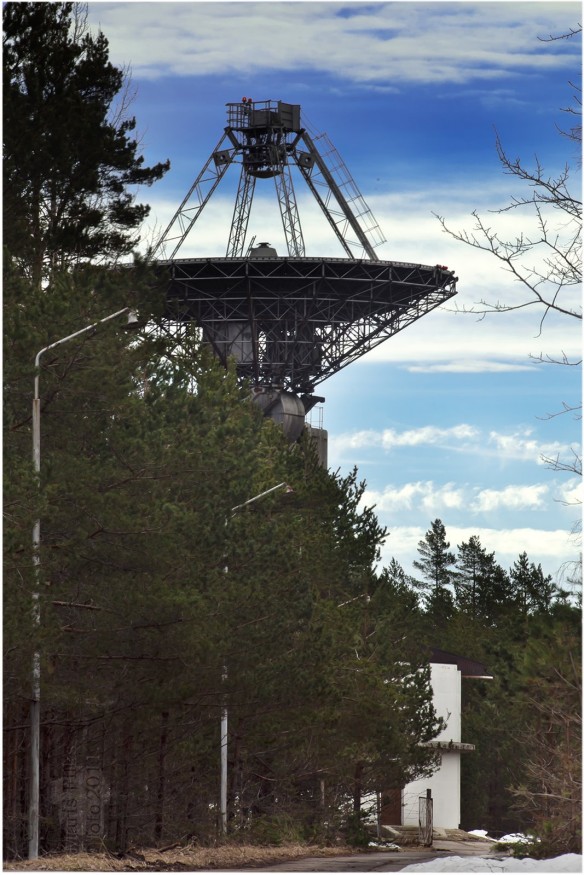 Place, where the RT08 was located. Soldiers could disassemble the smallest of 3 radio telescopes before leaving (Māris Filks).

The 32m radio telescope is located in a forest 30 km north of Ventspils, Latvia, on the coast of the Baltic Sea. The whole military base included 3 radio telescopes: 32m, 16m and 8m as well as all the necessary infrastructure for up keeping over 2000 scientists, generals and soldiers with their families (i.e. a kindergarten, school, shops, technical support houses, 4 block houses with 260 flats, post office etc.) in an area over 400ha. The secret code name for this place was “Звёздочка” (a Little Star) and the road going through the town was “Набережная” (Riparian).

Ventspils International Radio Astronomy Centre currently consists of a 32-metre, fully steerable parabolic, centimeter-wave range antenna (RT-32) and a 16-metre diameter antenna (RT-16). It was built by the Russian Navy in late 1960 but the town itself dates from 1946. In 1994, when Russian army pulled out of Latvia, the withdrawing troops poured acid on the telescope’s motors, cut all the cables, took away all the documentation and destroyed much of the surrounding infrastructure. Since 1994, the radio telescopes have been repaired.

The largest radio telescope in northern Europe is now used for science: