The house is located in the northern part of Reykjavik north of the Borgartun street. 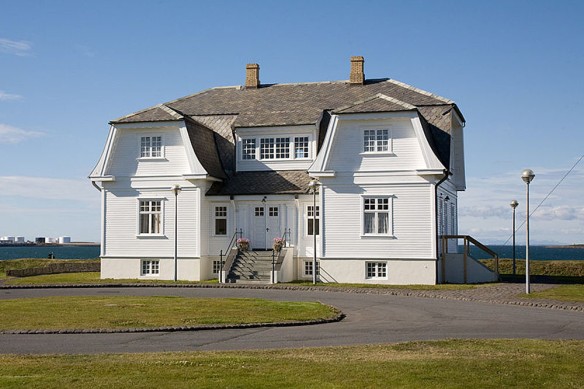 The Höfdi house was built in 1909 as a French Consulate. It was imported from Norway as one of many wooden catalogue houses. Later the building was the residence of the British Consul General and later Ambassador. Today it is used for official receptions. 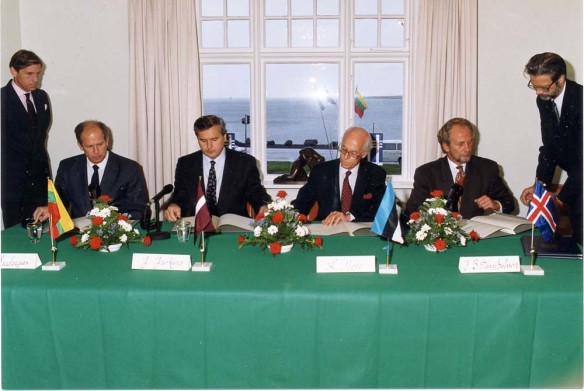 A wooden house, Höfdi, located in the Icelandic capital Reykjavik, has been the scene of two important international events from recent history: • 1986. The Reykjavik Summit, a meeting between US president Ronald Reagan and Soviet General Secretary Mikhail Gorbachev, and • 1991. Signing of documents by which Iceland as the first country approved Estonia, Latvia and Lithuania as independent states.

The topic of the meeting between Reagan and Gorbachev was to cut down nuclear weapon – and on longer sight, in 15 years from 2000, to eliminate all nuclear weapons. The talks collapsed. At the meeting Reagan tried to raise questions about human rights, emigration of Soviet Jews and political dissidents, as well as the Soviet invasion of Afghanistan, but Gorbachev only wanted to talk about arms control. However, the progress that was made during the talks resulted in an agreement the following year between the two super power states: the so-called 1987 Intermediate-Range Nuclear Forces Treaty (INF). The treaty decided the limits of nuclear missile warheads and eliminated nuclear and conventional ground-launched ballistic missiles with the range of 500-5,500 km. By the treaty’s deadline in 1991, a total of 2,692 weapons had been destroyed, 846 by the U.S. and 1,846 by the Soviet Union.

ICELAND, THE FIRST COUNTRY TO RECOGNIZE THE BALTIC STATES

Iceland was the first country that officially recognized Estonia, Latvia and Lithuania as independent states on February 11, 1991. It was a quick and brave decision, not fully supported by all important actors on the internationally scene. Boris Yeltsin defied a Communist coup in Moscow on August 19 and only seven days after, on the 26th, all three Foreign ministers of the Baltic States officially signed the relevant documents about diplomatic relations and recognition. It took place in the Höfdi House. It was an important event for the Baltic States, not least in an unsecure period not knowing which direction the development could take. (Streets in Tallinn and Vilnius were afterward named after Iceland because of this recognition).