A historical exhibition is under development to commemorate the history of the Keflavik base and Iceland’s Cold War. 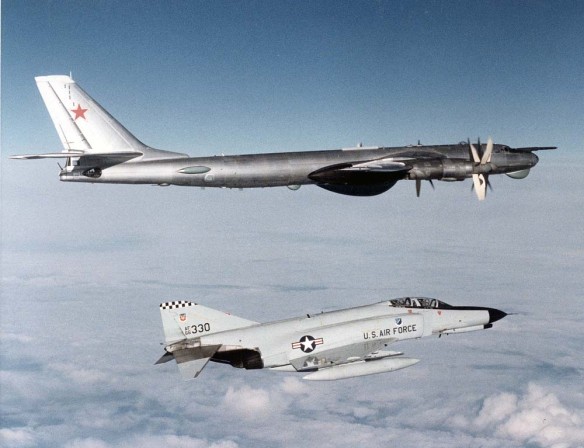 In the 1960’s there was a considerable increase in Soviet
military activities in the North Atlantic. An American
“Phantom” jet is here “escorting” a Soviet bomber through
the Iceland Military Air Defence Identification Zone. More
than 3000 Soviet aircraft were indentified and escorted by
American pilots in Iceland between 1962 and 1991. 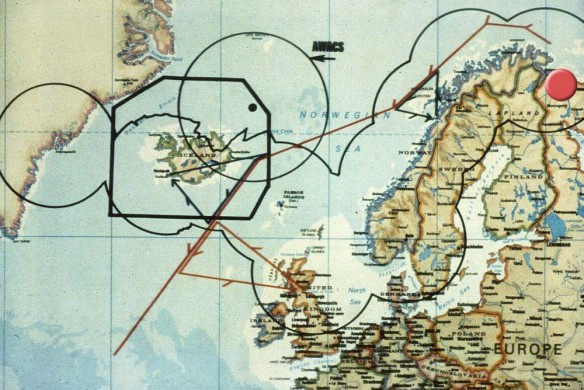 This 1986 map shows the Iceland Military Air Defence
Identification Zone with the ground radar coverage in Greenland,
Iceland, the Faeroe Islands, Scotland and Norway. The black spot
north of Iceland shows additional coverage based on an Iceland
based AWACS aircraft.
The red spot shows the location of Kola Peninsula, the centre of
the Soviet Northern Fleet. It was the starting point of most Soviet
navy and air force activities in the North Atlantic which can be
described as a Soviet military main route to the south. 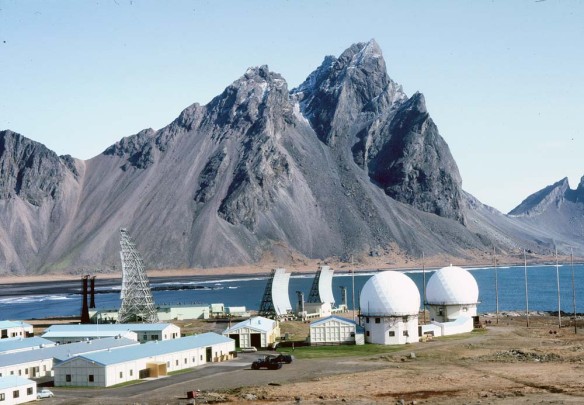 Four air defence radar stations were operational in Iceland by 1958.

Iceland played an important role in both the Second World War and the Cold War period because of the strategic location in the North Atlantic. Winston Churchill referred to Iceland as an “unsinkable aircraft carrier available to protect North Atlantic shipping”.

In the Second World War the main task of the forces in Iceland was to protect the convoys from United States to Europe, among these the ice free route north of Norway to Murmansk at the Kola Peninsula in the Soviet Union. In the Cold War period Iceland was a geographical cornerstone in the NATO surveillance of the Soviet Northern Fleet in the North Atlantic.

In 1946 it was decided to terminate the United State’s responsibility for the defense of Iceland, but with the right for the United States to maintain Keflavik International Airport as an air transit base in support of occupational forces in Europe. In 1949 Iceland became a charter member of NATO. (North Atlantic Treaty Organization). The organization constitutes a system of collective defence whereby its member states agree to mutual defence in response to an attack by any external party. After the Korean War in 1950 and the following unstable international political situation the US and Iceland agreed that the defense of Iceland came under the auspices of NATO. The returning US military forces were named the Iceland Defense Force. Iceland was now seen as an important strategic location for the defense of Western Europe. Over the next five decades, until 2006, the Defense Force played an important and significant role in the security of the North Atlantic.