The “Zweiländermuseum Rodachtal” is situated right next to the church of the village of Streufdorf, which is part of the commune of Straufhain in Thuringia. 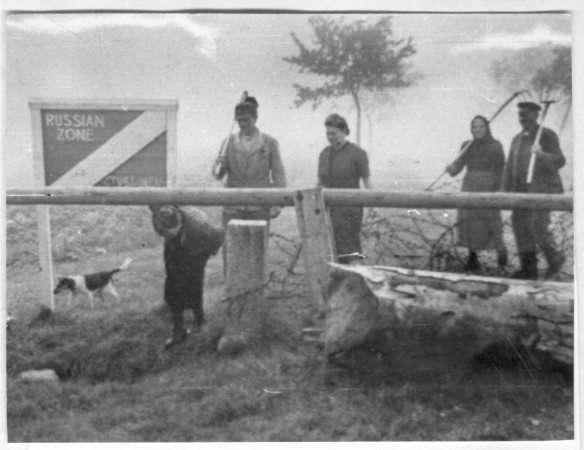 The partition is beginning in the very early 1950s: At the former Line of Demarcation between the American or British and Russian Zone.
(Heki) 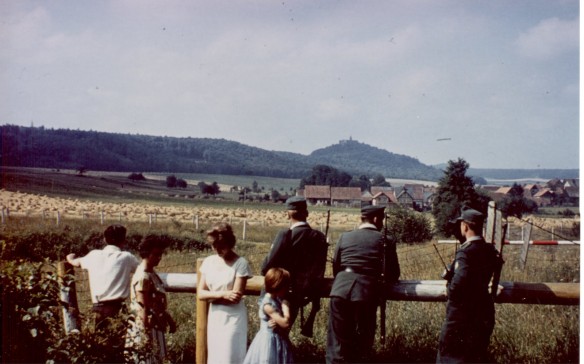 The Middle of the 1960s: A view over the Inner-German Border to Holzhausen (GDR) with the Heldburg-Castle in the background. First minefields are installed between the double line of white concreted posts some meters only behind the turnpike in front.
(Sammlung Krebs)

Ten years after Germany’s reunification (1989/90), three communes in Thuringia (former German Democratic Republic, GDR) together with three communes in Bavaria (former Federal Republic of Germany, FRG) established what they called the “Rodachtal Initiative” for their future co-operation on economic, cultural and tourist issues. One of the institutions involved in this initiative is the “Zweiländermuseum Rodachtal”, which focuses on and explains the region’s 20th century history.

What did the partition of Germany mean for the people living in that region? What was the day-to-day way of life like, with all Border Regime rules inside the prohibited area of the GDR? What kind of experiences did people have on either side of the border?

The exhibition at Streufdorf is completed by ten outdoor museum stations at which different themes are picked up along the former Inner German border: demolished villages inside the prohibited area, the erection of border constructions, meetings with former citizens from GDR villages near the border, the “Aktion Ungeziefer” (“Action Vermin”) in 1952, including the uprising against this compulsory evacuation of the citizens of Streufdorf, etc.