Monday-Friday: 10:00-18:00. Saturdays and Sundays: 12:00-18:00.
Guided tours for groups, also outside opening hours. Booking required. It is also possible to book special 1-2 hour lectures (themes such as: Youth in the DDR (East Germany) and their relationship with the system, Suppression and resistance in the DDR or the Stasi’s work in West Germany). 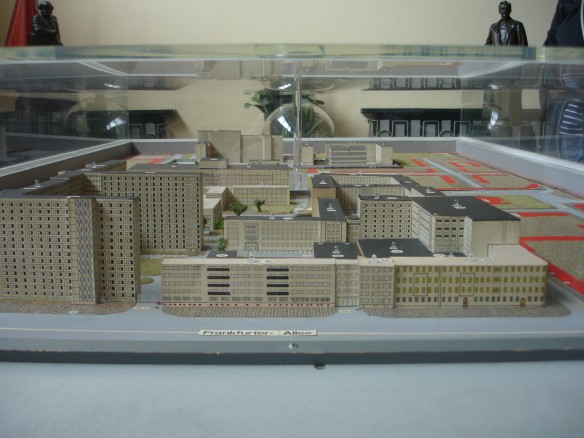 Model of the STASI office buildings (the low buildings in the middle) surrounded by apartment complexes for some of the large number of employees. Seen from Frankfurter Allee. 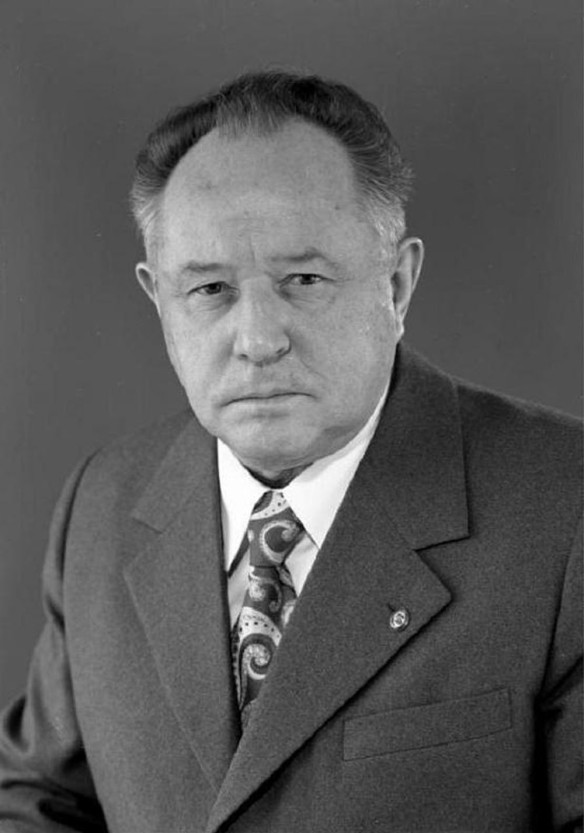 The office of Erich Mielche, the Minister of the STASI from 1957 until 1989. The office is almost in its original condition, with furniture from the 1960s. The STASI was active in kidnappings in West Berlin. The West Berlin lawyer, Walter Linse, worked in an organisation providing legal aid to politically- persecuted East Germans. He was kidnapped by the STASI in West Berlin in 1952 and executed in Moscow the following year. This photo was taken by the KGB (the Russian secret police) before his execution. A special piece of cloth was placed on chairs when people were interrogated by the STASI. The cloth was then put in a jar. The personal smell on the cloth could thus later be used if they needed to search for that person with the help of dogs. FORMER HEADQUARTERS OF THE STASI

The STASI Museum is located in the former headquarters of the Ministry of State Security, known as the STASI. The offices of the last minister, Erich Mielche, can be viewed.
The exhibition deals with many themes:
• The operational technology of the Stasi, such as different kinds of hidden and camouflaged cameras, bugging devices and weapons.
• Traditional Stasi work, such as political-ideological and educational work and cooperation with other organisations, for instance the East German police and Russian secret police, the KGB.
•The resistance and opposition groups in East Germany and the great harshness with which the communist system treated these groups.
•The last years and final events leading up to and after the fall of the Wall.

The name STASI comes from State Security or, in German, STAtsSIcherheit. The motto of the Stasi was: “Party Shield and Sword”, showing its connection to the communist party in power.
The main task of the Stasi was to find and eliminate enemies of the state or “the class enemy”.
The Stasi employed a total of 274,000 people over the period 1950-89. In addition to this, it is estimated that it had 500,000 informers. A former Stasi officer estimated that, in all, 2 million people were involved, if occasional informants were also included. It was probably the largest number of secret police and informers per inhabitant ever, in any country, and the most extensive society infiltration in world history.
Officers were posted in all major industrial plants, and watchdogs in all apartment buildings, schools, universities, hospitals and several other public institutions. Mail was checked, telephones tapped and millions of files opened on suspicious individuals (not much was needed to classify a person as “suspicious”).
The Stasi also operated in foreign countries, especially West Germany. The most well-known spy was Günther Guillaume, who became secretary to the West German Chancellor Willy Brandt, and was the main reason for Brandt’s downfall.
The Stasi used kidnappings, assassinations, torture and executions against their enemies. Executions were carried out in secret, by guillotine or a pistol shot to the neck.
On 15 January 1990, after the fall of the Berlin Wall, a large crowd of protesters gained entry to the complex of the hated secret police and smashed windows, destroyed furniture and trampled portraits of communist leaders.