Probstella.
The Probstzella GDR-Border-Railroad-Museum is situated on half the way between Berlin and Munich inside the building of the old railway station, erected in 1885. (GDR = East Germany) 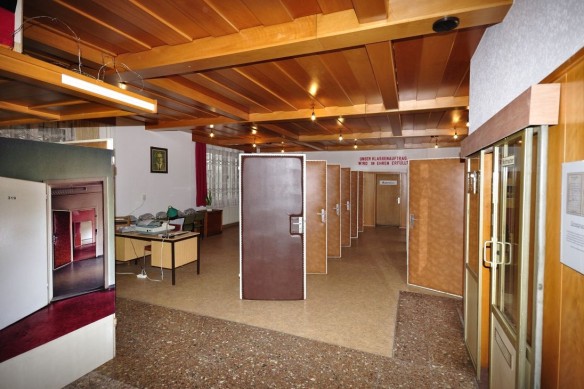 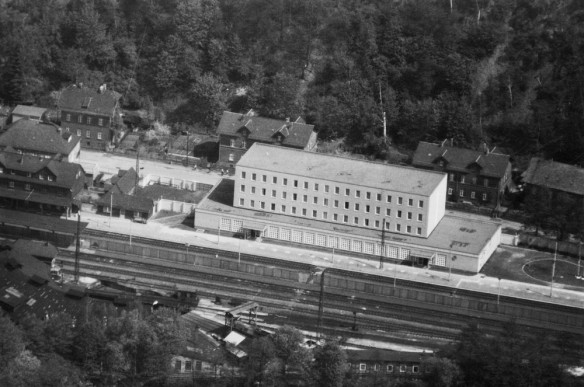 The Probstzella Border Railway Station in 1981. 20 million Germans had been controlled there. The Commanding Officer of the Probstzella Border Railway Station, Lieutenant Colonel Zappe, in front of the control building (1984).

The Probstzella GDR Border RailroadMuseum was used as a GDR Border Checkpoint from 1949 to 1990. Nearly 20 million travelers were controlled, humbled and persecuted here by passport controllers and customs officers.

The exhibition is divided into five thematically different areas:

The exhibition provides information on the freedom of departure that was refused by the GDR, on it’s persecuting regime of control, on the nature of the GDR-West border as a wall around a  prison state. It shows the inner workong of political power as well as the powerlessness of those who were governed. It talks of the failed as well as the successful attempts to escape via the Probstzella Border Railway Station. It tells the history of the railway station between 1945 and 1990. Original exhibits, documents and photos are all on display, as well as film- and sound-clips from the perpetrators’ archives.

Close by this museum are some other exhibitions on the former GDR-West Border that can be visited:

The Probstzella “DDR-Grenzbahnhof-Museum” was founded in autumn 2010. The exhibition has been created by Roman Grafe, book writer and film maker (including “Die Grenze durch Deutschland”, Siedler 2002), in honour of the “Geschichtswerkstatt Jena”. Grafe was assisted by pupils and teachers from the Saalfeld Heinrich Böll School and by the citizens of Probstzella, Ludwigstadt and many other places.