Tours can be arranged in German, English and French. Please book at least two weeks in advance via the museum’s website. 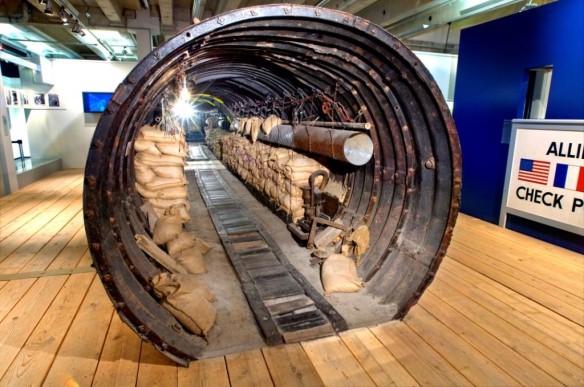 Berlin Spy Tunnel on display at the AM 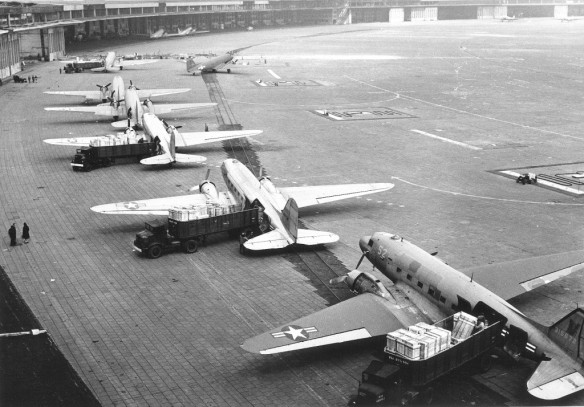 Cargo planes being unloaded at Tempelhof during Berlin Airlift 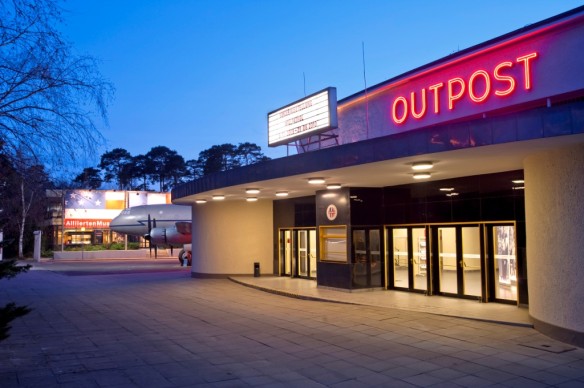 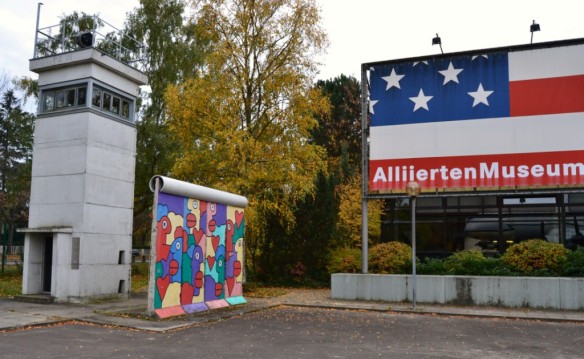 The museum is dedicated to the Western military forces in Berlin. Between the end of the Second World War in 1945 and the German reunification in 1990 the city of Berlin was divided between France, the UK, the U.S. and the Soviet Union. While East Berlin was under control of the Soviets and became the capital of East Germany, West Berlin was part of West Germany and located about 180 kilometers behind the Iron Curtain. In terms of safety and freedom it relied on the presence of the forces of the Western Allies stationed in the city. The Allied Museum does not only tell military history but also how West Berliners and French, British, and Americans became friends during the course of the Cold War. The Allied Museum is located in the former U.S. Army Garrison cinema, the Outpost Theater (which today is a listed building) and the garrison’s former library building. The museum is easy to spot thanks to the British-made Handley Page Hastings cargo plane, an original “candy bomber” used during the Berlin Airlift, and the original Checkpoint Charlie building, both on open air display between the two buildings. Due to its background nearly all texts in the Allied Museum are presented in English, German and French.

THE BERLIN BLOCKADE AND THE AIRLIFT

The Berlin Blockade (1948-49) commenced when the Soviet Union cut off all land- and water-based connections between West Berlin and the western occupation zones of Germany. This way the Soviets tried to stop the introduction of the new Deutschmark currency in West Berlin as well as the American, British and French plans to found a new West German state. The Allies responded with the biggest air transport mission in history -the Berlin Airlift. They delivered supplies to the two million Berliner in the three western sectors of the city. Over 270,000 sorties were recorded. At the peak of the flight operations one aircraft per minute touched down in Berlin. After eleven months the Soviet Union lifted the blockade, realizing that their try to blackmail the West had not succeeded.

In 1954, the American CIA and the British Secret Intelligence Service (SIS) dug a tunnel from the American into the Soviet sector. Their target was phone lines which the Soviet Red Army used for communication with Moscow and other important political and military assets. In 1955/56 the CIA and the SIS recorded around half a million calls from 1,200 phone lines. The Soviet intelligence service KGB however knew of the tunnel’s existence since its inception. This was made possible by George Blake, a high-level member of the SIS and KGB-informant. Despite being aware of the existence of the tunnel, the KGB decided not pass the word on to the Red Army. They feared that this would compromise Blake. It was not unit 1956 that the Soviets officially “discovered” the tunnel. Blake’s cover blew in 1961. A seven meter long segment of the tunnel can be seen today at the Allied Museum. All in all, the tunnel was 450 meters long, had a diameter of two meters and was dug six meters beneath the ground.