Public guided tours in German. Wednesday and Sunday 15:00. Individual guided tours Can be arranged in English or German, please contact the Museum info@notaufnahmelager-berlin.de. ++49 (0) 30 75 00 84 00 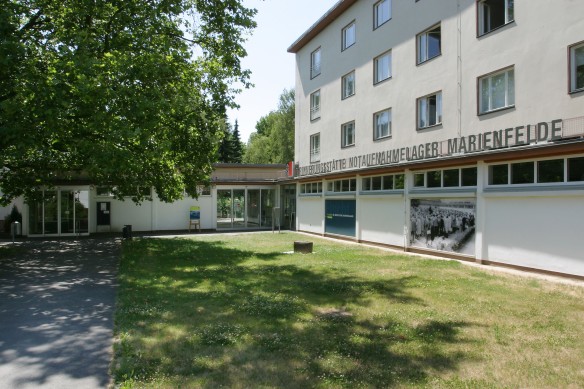 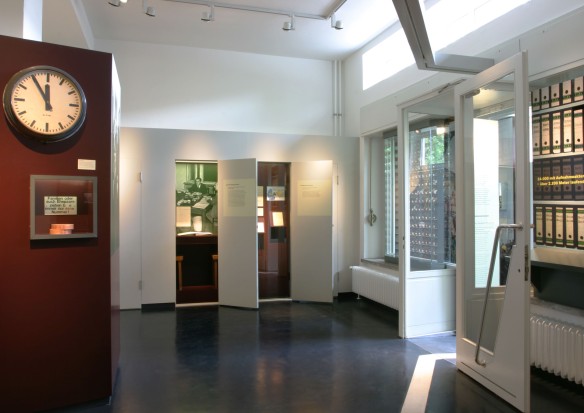 HISTORY OF THE HISTORICAL SITE

The Marienfelde Refugee Center, located in the U.S. sector of West-Berlin, opened in 1953. By the time the East German state came to an end in 1990, 1.35 million people had passed through this “gate to freedom.” German and Allied agencies helped take in and care for the new arrivals and allocated them to the West German states. Although many refugees remained only briefly in Marienfelde, the Refugee Center took on a special meaning for them. It represented the transition between their old life in East Germany and the new one that they longed for in West Germany. After the reunification of Germany in 1990, the buildings were used solely by the Berlin Central Reception Center for Repatriates.

The exhibition in the former administration building of the Refugee Center covers almost 450 square meters of space and documents the history of the German-German refugee movement. More than 900 artifacts are on display — including numerous documents, photographs and objects from the Refugee Center and from refugees — offering a multifaceted view into this exciting chapter of recent German history.

The seven exhibition rooms are organized thematically, covering an array of topics ranging from the refugees’ specific reasons for leaving East Germany to their social integration into West Germany. Political developments are systematically related to the personal experiences of refugees and emigrants. The exhibition presents individual biographies, describing the system of persecution in East Germany and the reception procedure in the West. A reconstructed refugee apartment with original furniture from the 1950s provides an impression of the living conditions in the Refugee Center.