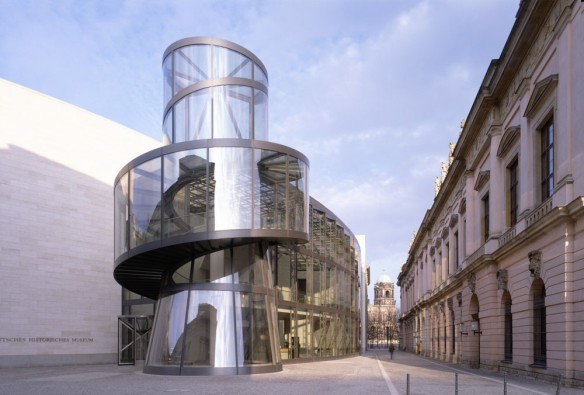 he German Historical Museum presents its exhibitions in the unique Baroque Zeughaus and the neighbouring modern exhibition hall designed by Ioeh Ming Pei. 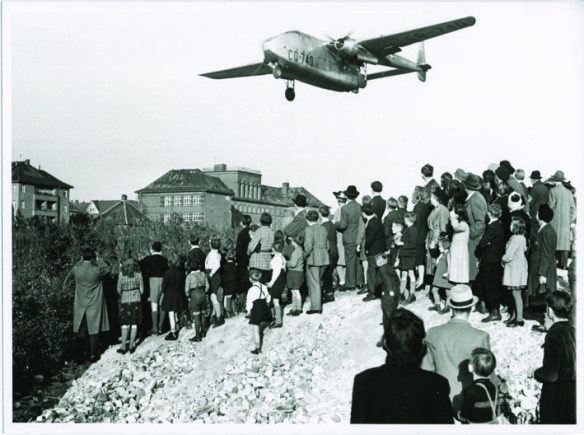 After the Soviet blockade of all access roads, West Berlin was cut off from all food supplies. Care Packages from the USA and Britain helped the inhabitants of West Berlin. 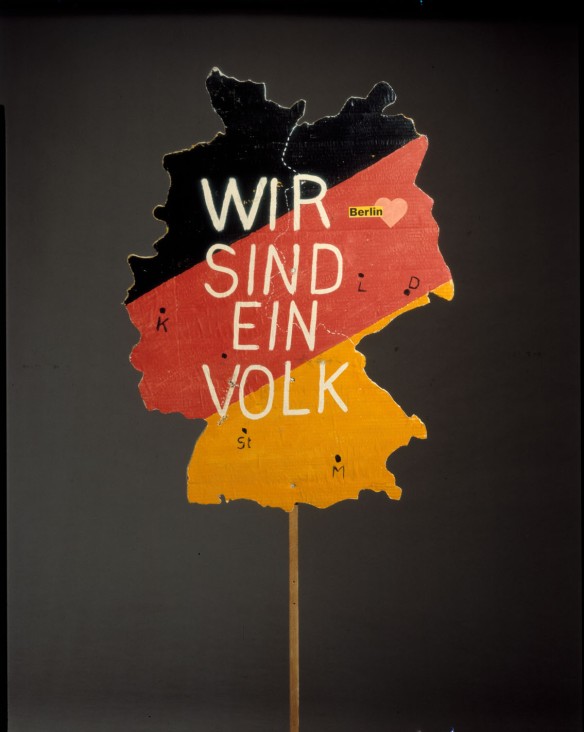 “We are one people”, banner made by Eckart Conradt for the demonstration at Berlin Lustgarten, 9 December 1989

After the capitulation of Germany at the end of the Second World War the Allies devided Germany into four occupation zones. Germany had lost its eastern regions and was dependent on the victors’ goodwill. The intensification of the conflict between the systems of the West and Soviet Union paved the way for the three western zones’ becoming part of the western alliance and the east zone part of the eastern alliance. The price of this integration was the division of Germany.

The section “Divided Germany and Reunification” in the permanent exhibition of the German Historical Museums shows the ways of the German Democratic Republic and West Germany between 1949 and 1994 – from the separation through the Berlin Wall over mass demonstrations and the opening of the Wall in 1989, until the withdrawal of Western Allies and Soviet Union troops in 1994.

The permanent exhibition presented in the German Historical Museum tells the story of people, ideas, events and historical processes in Germany from the first century BC to the present day.

Germany’s two thousand year history, as chequered as it is dynamic, is placed in a European context in an exhibition entitled “German History in Pictures and Documents” and presented to the public in Berlin’s baroque Zeughaus, or former Arsenal. More than 8,000 exclusive exhibits from the German Historical Museums’ collections, whose historical testimonial value is utterly unique, are displayed over 8,000 square metres, presenting a lively, vivid tableau of bygone days. German history is thereby placed in an international context which takes account of both the diverse events demarcating political and historico-cultural exchange, in addition to its integration with neighbouring states’ cultural heritage.