Public transport: Underground 4 (U4) to Rathaus Schöneberg,
Underground 7 (U7) to Bayerischer Platz or S-Train to Berlin Schöneberg. It is approximately 300 meters to the City Hall from all stations.

The City Hall and the square are known worldwide as the site where John F. Kennedy gave a speech in June 1963 to the inhabitants of West Berlin with the famous words “Ich bin ein Berliner”. Photo taken from City Hall. The crowd’s applause for Kennedy was overwhelming. He was simply the main guarantor that West Berlin, an island in communist East Germany, would not be overwhelmed. There was a risk of this during the communist blockade of the city in 1948-49, when the West set up an airlift to West Berlin to supply the city with necessary food. 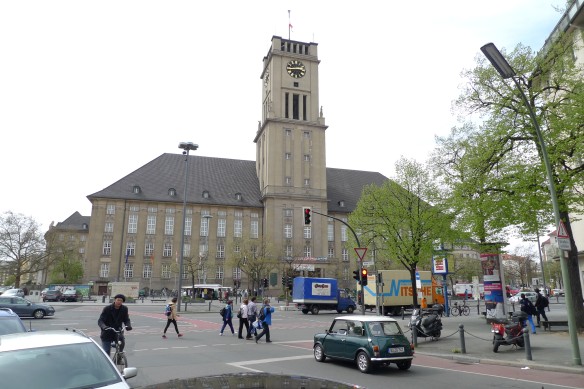 Schöneberg City Hall (Rathaus Schöneberg). The building dates from 1914. The square was named John-F.-Kennedy-Platz three days after the murder of the American president. 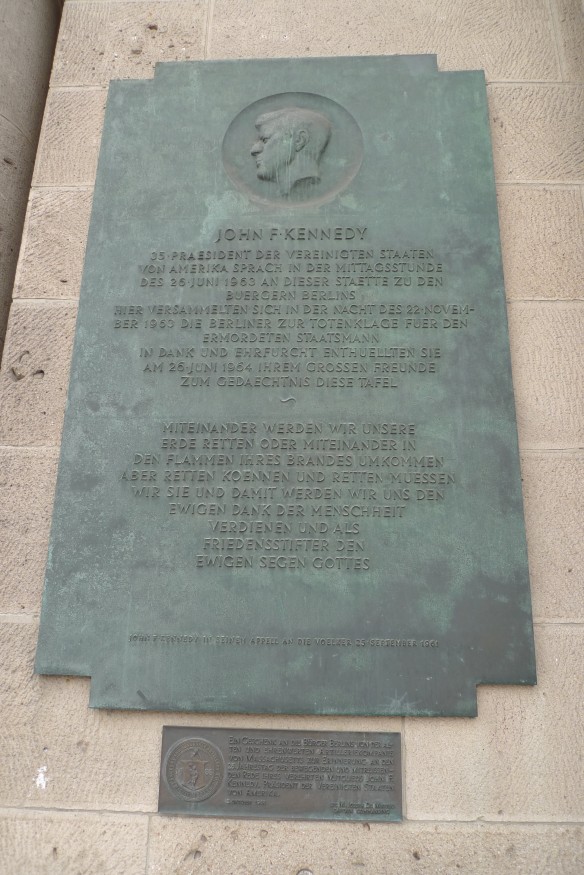 The so-called Red City Hall (Rotes Rathaus) near Alexanderplatz was the historical seat of Berlin’s government but, after the Second World War, this building fell within communist East Berlin. The Schöneberg City Hall was therefore chosen as the seat of government for West Berlin.
After the reunification of East and West Germany in 1990, Red City Hall again became the city hall for the whole of Berlin.
One of the most famous Lord Mayors of Schöneberg City Hall was Willy Brandt (1913-1992). He was Lord Mayor from 1957-66 and Federal Chancellor of Germany from 1969-74.

It was at the City Hall square in June 1963 that the American president, John F. Kennedy, gave his famous speech in which he proclaimed “Ich bin ein Berliner”.
The town hall bell, called the Bell of Freedom, was donated by the Americans as a symbol of the fight for freedom against communism in Europe. The bell rings daily at 12:00 and the ringing is transmitted by the German radio.