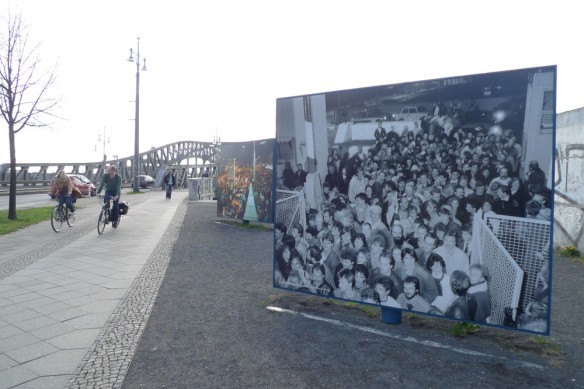 9th November 1989 Square (Platz des 9. November 1989) is laid out north-east of the Bösebrücke at the site of the former checkpoint, along with an outdoor exhibition on the historical events of that time when the floodgate opened. 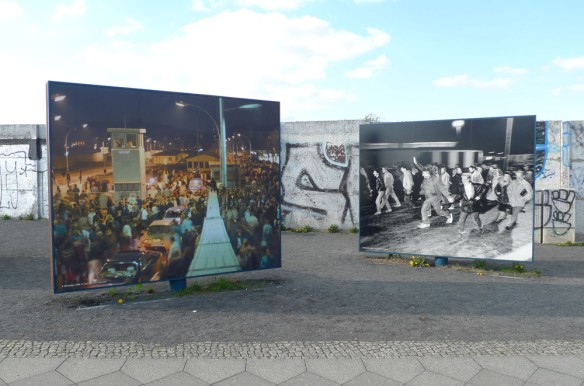 From the outdoor exhibition at the 9th November 1989 Square. The square is marked off by a part of the so-called "inner security wall". 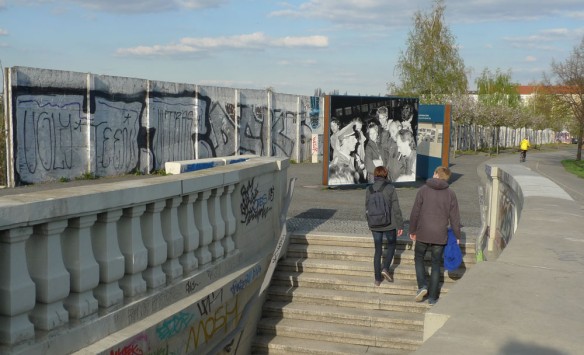 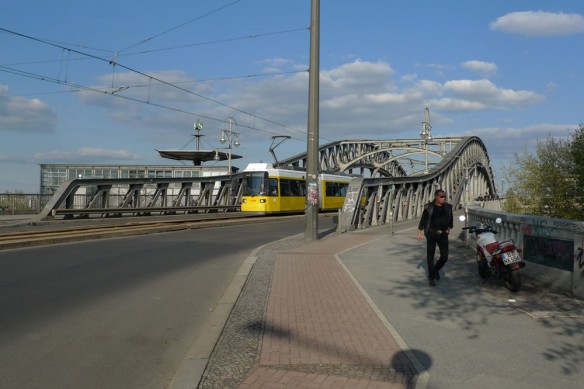 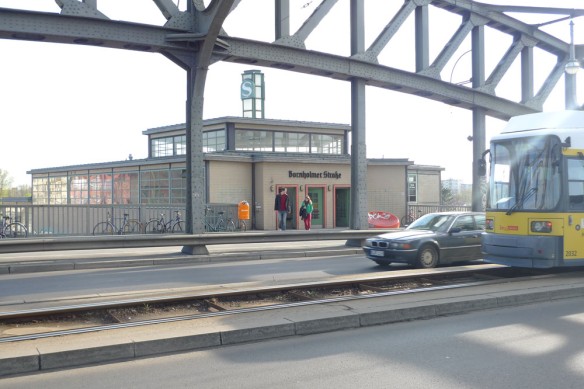 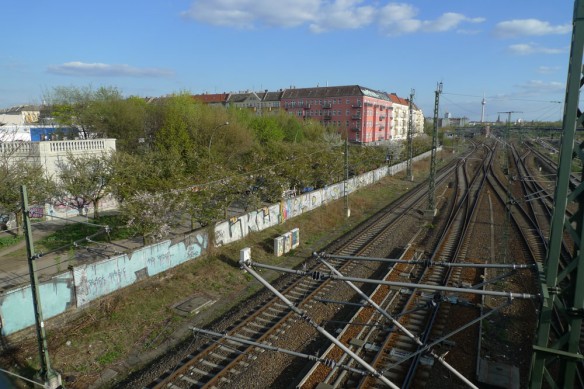 The border between East and West Berlin ran along the railway tracks. Remains of the Berlin Wall can be seen here from Bösebrücke. 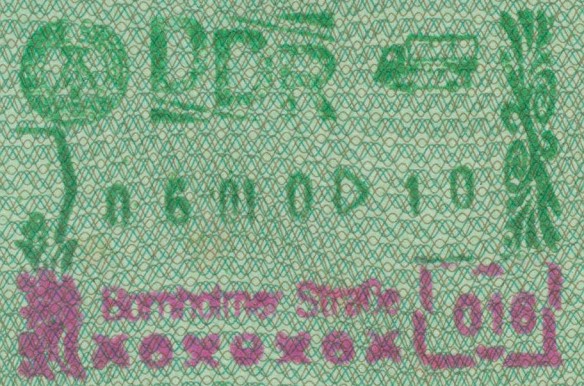 The Bornholmer Strasse border crossing played a remarkable historic role as the first border crossing to be breached during the fall of the Berlin Wall. On the evening of November 9, 1989, thousands of East Berliners assembled at the bridge demanding entry to West Berlin. This was immediately after the somewhat mistaken announcement of the removal of border controls by East German spokesman and politburo member Günter Schabowski, which was broadcast on the TV at 8:00pm on 9 November 1989. At 9:20, local border guards were the first to open the checkpoint and allow people to pass through freely to West Berlin, where they were greeted enthusiastically by West Berlin citizens. At this moment, similarly large crowds had gathered at the other border crossings, and controls were similarly lifted.

The surprised and overwhelmed guards at Bornholmer Strasse border crossing made many hectic telephone calls to their superiors but n- one among the East German authorities would take responsibility for issuing orders to use lethal force. The guards finally yielded in the face of the growing crowd.

The first few people who left East Berlin got their passports stamped invalid, which meant that they could not return to East Berlin. By 11:30 however, the crowds had grown so large that the barrier was raised . In the hour that followed, around 20,000 people crossed the bridge without getting their passports checked.