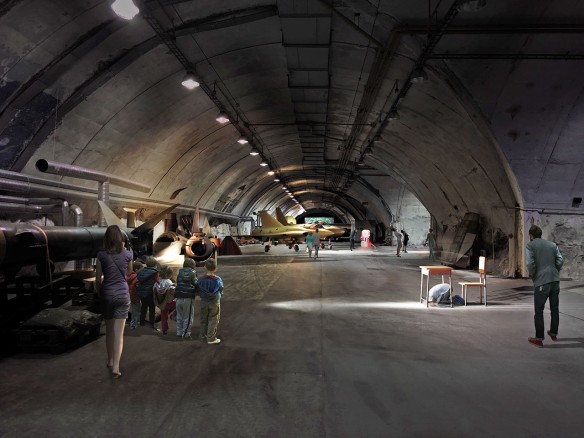 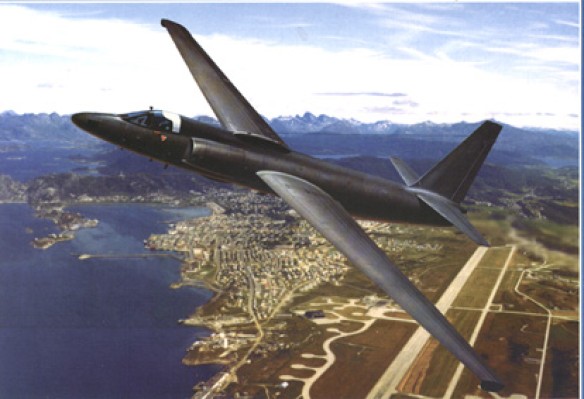 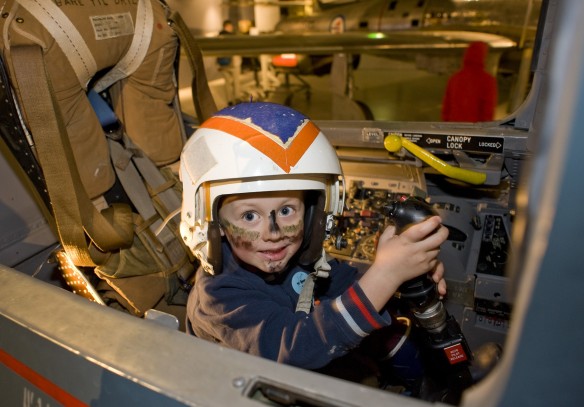 In our exhibitions you may take a journey through Norwegian civil and military aviation from the early dream to modern day mass communication. We also offer exciting educational programs for all children age 1 – 100.

THE COLD WAR SHAPED THE DEVELOPMENT OF MODERN NORWAY

The history of Norwegian aviation is hugely influenced by the Cold War. After entering NATO in 1949, Norway became an important front through its position as the only NATO-country directly bordering the emerging Soviet naval and air force complex on the Kola peninsula, through being situated in the path of Soviet and US nuclear missiles and bombers targeting the superpower heartlands, and as the guardian of the North Atlantic convoy routes against Soviet naval and air attacks.

With the setup of the NATO Weapons Aid and Infrastructural Aid Programs from 1951, Norway received large amounts of military equipment, primarily aviation and intelligence related. To be able to use this, we also received funding for airbases, naval yards, fortresses, etc., in an amount unprecedented in Norwegian history. Northern Norway became one of the most militarized regions in the world, a NATO mirror image of the military complex of North-Western Soviet Union.

The creation of a network of military airbases laid the foundation for the growth of civil aviation as an important form of transportation. Norway has the densest system of airports and air routes in the world, in large parts due to the Cold War. And the military buildup of Northern Norway was responsible for transforming the region from a pre-modern fishing and small scale farming backwater, into a wealthy and modern region on par with the southern parts of Norway.

Norwegian National Aviation Museum are situated in the military capital of the country: Bodø, with Cold War heritage monuments all around us. The Cold War has had a significant impact on both aviation and society in Norway. We are therefore working to research, document and convey to the public, the impact of the Cold War on the creation of modern Norway. We hope to be able to preserve significant cultural heritage objects like the Area 96, a huge nuclear-proof underground hangar complex situated close to the museum, as venue for a new exhibition about the Cold War.
Parliament has decided to Bodø Main Air Station, one of the largest military air bases in Europe. This will have a massive impact on Bodø. The National Aviation Museum is working together with local government to preserve and develop the area of the base for a post-base existence.

Our archives and library welcomes visitors every weekday or by appointment. Parts of our holdings in historical photos, film, archival catalogues and objects may be accessed online through our websites, and more will be added as digitalization proceeds. www.norwegianaviationmuseum.com/library

Bodø will be European Capital of Culture in 2024. We are participating with one of the larger activities in the Cultural Capital-project, a documentation project on attitudes and memories of the Cold War called “Stories from ColdWar Hotspots”.